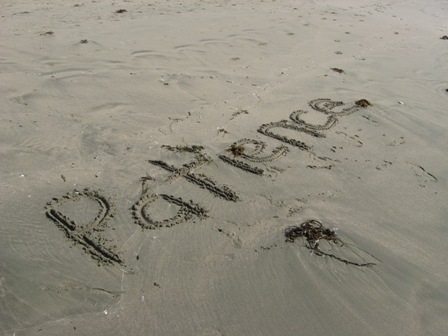 I switched back and forth quite a bit tonight on the drive home. Watters, Brady and Dreger was good. I have to say though, that Jeff Blair is growing on me as a co-host for Mccown. It is no surprise then that his article tonight on the Leafs, is your homework. We live in a hockey crazy market where the hiring of a new stickboy is big news. Some times we need to take a deep breath and relax, gain some perspective. Blair’s article tonight does that. I was talking to LT earlier when word started to circulate that Rick Nash may re-up with the Blue Jackets before becoming an UFA. There was panic in our brains as we started to try to figure out what the hell Burke would do if that were to happen. No Sedins, no Nash…P A N I C Truth is, we all now this is going to take time. Burke has just started, so let’s all breathe.

“Brian Burke owes Mike Gillis a debt of gratitude. In re-signing Henrik and Daniel Sedin, the Vancouver Canucks’ general manager might have saved Burke from undoing much of the good he did in a half-year as GM of the Toronto Maple Leafs.”

I think the take away is that Burke has a plan and the Sedins would have been a quick fix. I hate to say it, but the renovation not rebuild that Bill Watters refers to all the time.

“But the twins are also a dynamic that makes Wilson’s job a little more difficult at a time when the Maple Leafs need to be as light as possible on their organizational feet.
The Sedins are not a bad gambit for a team on the cusp of a Stanley Cup, but a club like the Maple Leafs, which is gosh-how-many years away from realistically contending, would be better advised not to get locked into too many complicated situations.”

I know the argument, you add the Sedins and you should be closer to contending. Problem is the spare parts aren’t there just yet. Not by a long stretch.

“So don’t beat up Burke over “losing out” on the Sedins. Day 1 of free agency went pretty well. Colton Orr is a booty call for a guy like Burke. Mike Komisarek and Garnet Exelby mesh moxie with the physical aspects of their games and most importantly ensure that when Tomas Kaberle is moved, those minutes will be divvied up among defencemen with an NHL pedigree. Minutes are hockey’s version of innings pitched.”

I think that’s right. Players are assets, Move them around to maximize value and return. That isn’t always easy to do. The other key that Blair doesn’t mention is giving kids the minutes they need to become seasoned. Schenn played a lot last year because he was able to do so in an environment where he could afford to learn, to make mistakes. I say it all the time, you can’t suck and blow. It’s hard to grow kids when you are expected to win every night.

“Komisarek will be useful to the Maple Leafs while they’re rebuilding and when (if) they are contending. He is precisely the kind of player who stays healthy and has a skill set that will ensure he does not become surplus to requirements for this management team. And his contract is hardly onerous, especially if the salary cap stays north of $50-million (all currency U.S.) in 2010-11 as some now expect instead of falling as low as $46-million to $48-million.”

I think that is yet be seen, but no this isn’t a head scratcher as other deals have been.

“You can debate all you want about whether Burke over-reached going into the draft when he said he wanted to get John Tavares. I thought it was good, clean fun, a no-autopsy, no-foul thing. It was apparent from Burke’s face during the draft that Brayden Schenn was the player he wanted, and my sense is that for all the nudge-nudge, wink-wink with the Sedins and that flight to Stockholm, Burke’s target all along during the free-agent season has been goaltender Jonas Gustavsson.”

We won’t know the answer to that until at least Burke is gone. I am having a hard time thinking he jumped on a plane over to see the Sedins only to then learn they weren’t available. We have been sold that he tight with these guys, there agent had to have known he was getting on a plane if the intent was to sell them on the leafs. Gustavvson signs here, it was a trip well worth it. If not, the prices of beers at the ACC will go up a quarter to pay for it. Scuttlebutt is that if he wanted Brayden Schenn he could have had him for Kaberle.. Hard to believe if he is peddling Kaberle now that he didn’t get Schenn.

“That’s how Burke ought to be judged this summer: depth on defence and in goal, something that gives his team a chance to steal a few games while it gets a better read on the likes of Tyler Bozak and Christian Hanson. Don’t pay attention to what Burke says. Pay attention to what he does.”

The hazardous points Blair makes in regards to the Sedin’s,are exactly why I didn’t want another Shenn.