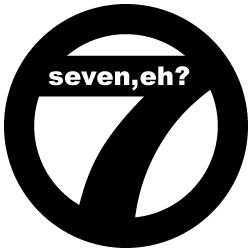 I have suggested it for a long time, but to no avail, here’s hoping Simmon’s has better luck than I have:

“Why allow J.P. Ricciardi to trade Roy Halladay at all?

“Why not just fire the highly unpopular general manager of the Blue Jays now rather than have him charged with the responsibility of dealing away the most treasured asset in Toronto sports?Ricciardi and his Jays are where they always are — nowhere — which has been his condescending history on the job. Eight years of spinning his wheels, going nowhere, talking a better game than his team played. If Ricciardi isn’t going to be around beyond this season — and please, tell me why he should be? — why not strip him of his powers now, rather than place him in a position to deal away Halladay and establish the template for the Blue Jays’ future. This is not unlike John Ferguson Jr.’s last year on the job with the Maple Leafs, although in fairness to Ricciardi, he is no Ferguson. He hasn’t set this franchise back a decade, although he has signed enough questionable contracts along the way to do so. If trading Halladay is deemed in the best interest of the Jays — and that itself is open to debate — then trade him. But don’t have Ricciardi do it. His time has come and gone. He won’t be here to see the prospects he picks up make it. Someone else will be in his chair. And that someone should be making this all-important transaction: Not a lame-duck general manager certainly on his way out.”

Not a lame duck who has performed as lousy as this one has! What doesn’t matter is what the fans think. GM’s don’t get into lame duck years unless ownerships desire to keep them is in question. Never before has a GM been left hanging when ownership was funny sold on him. Either they are re-upped or they won’t be. Why then let JP deal the most valuable asset? Success in the guys tenure is easy to measure. He has been around that long. You either believe in him or you don’t. I say they don’t and therefore he should be the guy setting up the most important move in the last 10 years.

“Brian Burke has invested more than $22 million in the Maple Leafs defence, which is about $5 million more than the Boston Bruins will pay for their defence this coming season. The Bruins, for the record, allowed 96 fewer goals against than did the Leafs last season”

And the point is??? Look, as you will see in a minute, Burke inherited a mess. He has also brought on salary. You have to start somewhere.

“Burke is still victimized by lousy contracts he had nothing to do with — Jeff Finger at $3.5 million; Jason Blake at $4.5 million; Lee Stempniak at $2.5 million; Jamal Mayers at $1.4 million; and the buyout dollars of Darcy Tucker and Andrew Raycroft at $1.7 million. And if you include the $3.3 million for the rarely healthy Mike Van Ryn, that’s almost $17 million worth of useless contracts — or just about one Vernon Wells deal.”

The Wells deal sucks, but at least everyone is being honest in saying they endorsed it. Cliff and JFJ really had some gems didn’t they? Am I crazy, or I am the only guy who isn’t stuck on this anti-Jeff Finger parade. He is what he is. He got market money for last year. N E X T

First Simmons:”The Chris Bosh Twitter update you can’t live without: “Hello world! Left my iphone on the plane last night, definitely not happy about that one.”
Then Blair” Chris Bosh’s agent, Henry Thomas, is moving to Creative Artists Agency and taking his clients (Bosh, Dwyane Wade and Devin Harris, among others) with him. I wish he’d take Bosh’s BlackBerry with him and throw it in the garbage. The Charlie V thing was good for charity but enough is enough. We’re verging on Bosh overkill”

Funny how twitter has been used and then in some rare cases abused by some in the sports world. Quick all you social media guru’s how many of CB’s 50,000 followers are active users???

“This could very well be our last homestand,” she said. “We’re leaving on Monday. If something happens before the trade deadline, I won’t be back. That’s difficult. That’s more than difficult.”

The “she” is Mrs. Halladay. Wow- talk about one foot out the door already! I mean come on. Are the kids things packed too???

The Espy’s were on tonight. Did you watch? Me neither.

So tomorrow is d-day for Jarett Jack. Here’s hoping he becomes a Raptor and that 640 locks him up for a weekly appearance. The guy brings it (whatever it is) on the radio.

For those who keep emailing me about updates on the Phoenix Coyotes thing, I will be happy to do so when there is news. By the way, what was the name of the Balisillie drive to get another team in the golden horseshoe again? Make it what?????

Have a good night

Simmons is here
Blair is here

Blair has said it so many times, I’m not sure why you don’t understand it: TRADING ROY HALLADAY IS AN ORGANIZATIONAL DECISION, NOT J.P.’S DECISION ALONE. THEY WILL ALL MAKE THE CALL ON THE TRADE. IT’S NOT ONLY J.P.

I fail to see your point. Are we to feel more comfortable that Paul Beeston and Ted Roger’s son are in on the trade???? Am I crazy or am I the only one who would really prefer if a BASEBALL guy were making the decision

No Mike, that was a moneyball fraud

Again, if you would listen to Blair, he has said that it is a complete baseball organization decision. Beeston is involved, as well as other levels of Rogers as well, but they’re not about to shoot down any deal.

Those making this decision are Ricciardi and his closest advisors such as Alex Anthopoulous and Tony LaCava. And I have complete faith in them to make this trade.

Who the hell else is going to do it?

What are you suggesting – that the Jays fire Ricciardi today, bring in a new GM, and have him make this deal? These are Ricciardi’s scouts out there, working on this deal.

I understand that you hate J.P., but what you’re suggesting is completely and utterly not possible. So why bother?

You know I read Blair and toot his horn more than most. But, if you would listen to Griffin, you would know that the time to get the most for Roy is this summer in the offseason. Then you can have a new GM, and an entirely new front office. Not impossible and not unfeasible either.

“For a healthy Halladay, his value after being named the starter for the American League and if he wins 20 games again, will only increase whether he is traded now or the Jays wait until the off-season. It says here they should wait. Ricciardi is not good at making deals on the fly. His only July trades in seven seasons were dumpings – Raul Mondesi to the Yankees, Shannon Stewart to the Twins, Terry Adams to the Red Sox and Shea Hillenbrand to the Giants. That’s it, that’s all.

Any Halladay trade requires more thought than did those.

Eee… Richard Griffin is not a good baseball writer. Jeff Blair is a lot more tuned in, IMO.

And all those July dumpings were pretty solid deals. Hillenbrand, a player deemed to be a locker room fiasco was traded for Jeremy Accardo, who was a legitimate player. Mondesi was one of the worst contracts on the Jays and JP found a miracle of the Yankees to take him off his hands. I have no idea what Griffin is going about there.

And people are still actually hung up about Reed Johnson? Wow.