Brian Burke Does Right By Justin Pogge- Kaberle Has To Go? 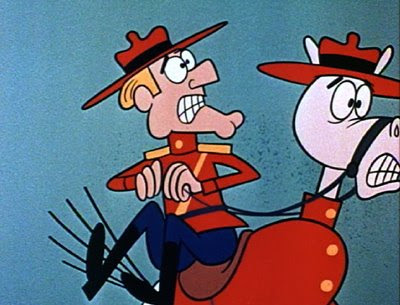 Not sure if you saw the news today that Justin Pogge signed a 1 year 2way deal with the Maple Leafs. Made sense to me. Team has a new goalie coach, Pogge is young and well, anything can happen. Guess not:

“Pogge’s a good kid, but it just didn’t work out for him in Toronto, I assured him I would find him somewhere to play this year.”

Good on Burke for doing right by the kid. I mean he simply could have cut him loose and let him try to get a deal elsewhere. Instead Pogge gets a decent contract and Burke will try to find him a home. The only thing I don’t really get is why wash your hnads of him so quickly. The only thing I can assume is that he new goalie coach has already waived the white flag on Pogge. It’s too bad in my opinion.

The Dave Poulin hire is an interesting one. He and Burke are tight and Burke, as I have said in the past Burke is going to want to have someone on board for when Nonis gets his next GM call. If Burke is comfortable with Poulin then who the hell are we to argue?

“In fact, it says here that only a bout of stubbornness – fueled by over-valuing the Czech-born blue-liner – can preclude Burke from pulling off a trade essential to the Maple Leafs’ development by the Aug. 15th contractual deadline. And, what a waste of an opportunity that would be for the hockey club.”

Well Howie, wouldn’t trading Burke away for less than full value be a kneejerk reaction? I mean we idiots of Loserville are going to over-value whomever comes back…..

“While he is unquestionably the Leafs’ best defenseman, Kaberle is not, nor has he ever been, in the upper echelon among NHL stars. He is an above-average performer some nights; middling and ineffective on many others, with an enviable ability to head-man the puck. His repertoire does not include even a shred of physical aptitude, which would seem to disqualify him as a Burke protégé. Though some may invoke Kaberle’s “many contributions to the Maple Leafs”, the club could just as easily have missed the playoffs the past four years without him. Fact is, Kaberle hasn’t appeared in a post-season game in more than half-a-decade, and we can easily count, on one hand, the number of playoff encounters he influenced prior to 2004. Given he is approaching his advanced hockey years [32 next March]; that he’s grown stale in a Toronto jersey, and is coming off a season in which his performance went into marked decline, Kaberle is no longer among the key components of a club undergoing such a vast renovation.”

“it is almost impossible to conceive that Burke will not be presented an adequate trade proposal before Aug. 15th. Though the GM contends he will only move Kaberle if his “socks” are blown off, he knows he isn’t bartering Zdeno Chara, Nicklas Lidstrom, Dion Phaneuf, Dan Boyle, or any front-of-the-pack NHL defenseman. Kaberle is in the upper-middle echelon of blue-liners, but his value on the supply-and-demand market is likely never to be higher than right now. As such, Burke should attract at least one disproportionate offer for his services.”

And if he doesn’t he should still trade him????? Where is the logic in that? Don’t get me wrong, I think you do trade him, but I have to trust the guy evaluating what is a good deal and not more than that of the guy shacked up at his in-laws “mansion” in Callie!

“Most of all is the sheer futility of a restructuring outfit like the Maple Leafs hanging on to such a delectable trade nugget. As mentioned earlier, mismanagement of that order would invalidate much of what Burke has accomplished since acquiring Hanson in late-March. But, double-B hasn’t attained his lofty status by making many bad calls in key situations, or by shying away from high-stakes maneuvering.”

It’s funny in this article, is it me or does Berger opinion of TK change about 15 times?

“Therefore, I continue to believe it is a foregone conclusion that Kaberle has played his final game in a Toronto jersey, and that the Leafs’ future will be further enhanced before the middle of next month.”

I think Burke has to find a way to creatively maximize this asset. He has to trade Kaberle to make his off season a success because, as good as we think it has been, the only way he gets better up front is by moving Kaberle and all the toughness on the back end isn’t going to help us score goals.

Sounds to me that both Kaberle and Pogge and their respective familes should be looking for cheap quotes for moving companies and cheap flights too. Both are going to be moving and will need to get moving quotes and cheap airline tickets too.