Pacman’s next level: The CFL 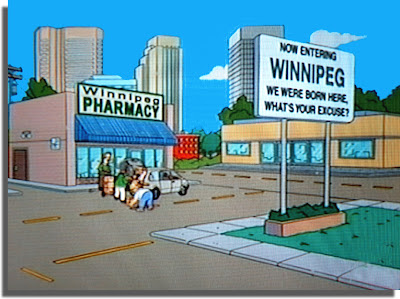 What is Adam “Pacman” Jones’ answer to the Simpsons’ question? Well, strip clubs shootings, felony and misdemeanor charges, fighting his own bodyguards, among other things.

(For the record, I was born in Winnipeg, so please save your hate mail.)

Yes, after signing a one-year deal, Pacman is now a Blue Bomber, and though he’s proven himself to be a knucklehead off the field, there’s no doubt the move helps solidify Winnipeg’s push for a playoff spot. The harder sell is convincing the public that he won’t be a cancer in the locker room. Head coach Mike Kelly doesn’t seem to think that will be a problem.

“You look at each situation individually, you have discussions, you do background work, and you stay away from sensationalism,” he said, even adding “I just spend last week in Philadelphia. I think they gave somebody a second chance.”

Skeptics will argue that Jones has had more than a few seconds chances, but John Murphy, Winnipeg’s director of player personnel, has to run a football team. He knows that his club has everything to gain with the signing.

“From a marketing standpoint, a business standpoint and a football standpoint, I could go to 100 NFL training camps and every preseason game and more people will hear and know about the Winnipeg Blue Bombers in the next two weeks — from the coverage we’ll receive — than in the last 10 years,” he told Jim Trotter of SI.com.

According to the Sports Illustrated report, one of the major selling points the CFL had over the newly formed United Football League for Pacman was the possibility to play on both sides of the ball, as well as return kicks.

I feel that the move is ideal for the Bombers. Even though they sit at 3-5, they’ve already exceeded my preseason expectations in what was meant as a rebuilding season. Most of their losses have been games that they could have won, and the Pacman move will give their offence a shot in the arm. Michael Bishop arrived in Week 5 and found instant chemistry with receiver Terrence Edwards. If Pacman does indeed become an effective target, couple that with Fred Reid’s sensational running of late, and Winnipeg becomes a favourite to pull away from Toronto and BC for the final playoff spot.

Nothing against Wade Phillips of the Cowboys, but Mike Kelly seems more like the kind of no-nonsense coach that Pacman needs. If nothing else, two months in the CFL will be an eye opener for him. If he plays his cards right he’ll probably get another chance to crack an NFL roster. Don’t think his entourage won’t be reminding him of that. He should be on his best behaviour, knowing that his future financial well-being is on the line.

Besides, does Winnipeg even have strip clubs?