Is Toronto A Good Or Bad Baseball Town? 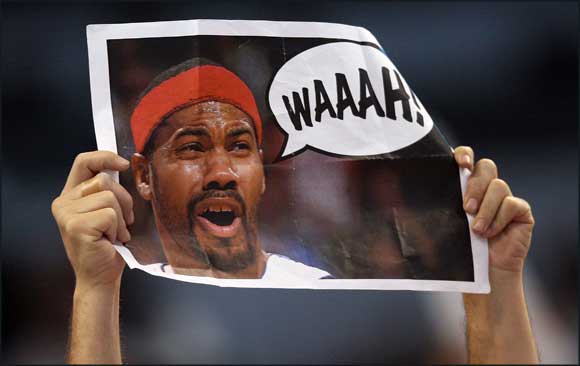 I am confused. I thought Toronto was a crappy baseball town where no one want to play because the fans are so un-knowledgeable and don’t come out to support them? What, I guess is the question makes a good baseball town vs. a bad one. I clearly don’t know. In my mind, fans know what they know. They smell a rat when they see one and when someone doesn’t perform up to expectations they let him, or her know about it. I don’t think there has to be this unbridled support for a team win or lose. If a team sucks for a LONG time I see where fans don’t go out to the park anymore. There is too much competition for the entertainment dollar that I don’t blame anyone who doesn’t support a loser. Before you go talking about the Leafs, ask yourself this, would anyone blame a fan for not believing any more? Seriously, if people stopped going to a Leafs game people would be saying it’s about time. Hell they do say it all the time. Many a sportswriter in this town call fans idiots, or some similar term for our devotion to the blue and white. Fans who go to games when they stink are loyal and passionate. Not all of them but a good chunk. Fans who are there and boo or rip certain players when they don’t perform are the same. The usually care too much and pay top dollar and are letting under-performing players know it.

Why the minor rant? Well, Richard Griffin has an a piece about the “hell” Vernon Wells has lived in this Blue Jays season:

“Entering last night, Wells’ average with runners in scoring position stood at .197. His average at the Rogers Centre was .211. Worse, the abuse from the stands at home has been mean-spirited and relentless. At age 30, his critics are writing him off as washed up”

I am sorry, mean-spirited and relentless?? What is this cribbage? To quote the Tom Hanks baseball movie, there is no crying in baseball. Hey Vernon, go to REAL baseball market and suck as badly as you have this year and see what happens. With all do respect, what the hell was the guy expecting???? Vernon Vernon he’s our guy if he can’t do it no one can???? This is MLB. He is making big money. He is paid to do one thing, perform. When he can’t, people aren’t supposed to give him the warm and fuzzies, they are supposed to be let down. When you get hero money you are supposed to perform like a hero. And no, it isn’t his fault that he got the money. I hate that argument. The reality is he signed the deal that was put in front of him. As long as he is cashing the cheques, he is on the hook.

“It’s been a shock, obviously, to see the reaction from people that you’ve kind of grown up with throughout your career,” Wells said. “You kind of get a true understanding of how some people are. Some people will jump on a bandwagon either way. The same people who are choosing to get on me now are the same people that will jump on when things are going better next year and back to normal.”

Vernon, that is what fans do. It’s why we are fans. We always love a villain and a goat as much as we do heroes. We need to blame someone. Strike out 5 times, when you come to bat the 6th, you will get booed. Hit a walkoff homerun on that 6th appearance and you are a hero. That is the world of professional sports. If Jeter or Arod sucked as bad as Vernon has at home, there would be security needed for them. This team is drawing 11k fans. Go to a big city and underperfom and just wait to see what you get.

“The thing that bothers me the most from the players’ side, you’re dealing with a tremendous human being that plays every day, that plays as hard as he can every day, that runs the bases hard, busts his butt down the line,” veteran Kevin Millar said. “A fan has a right to boo or say whatever he wants to because he paid for the tickets, but I think sometimes the ignorance comes out if you don’t know the game of baseball. But we get so caught up in this day and age with salaries that dictate jealousy, that dictate whatever in a person. Vernon Wells has never showed a lack of effort. Has never showed a lack of caring and is having an awful year. The last seven years he’s been among the best centre fielders. He’s allowed to have an off year.”

Your wrong Kevin. I will speak for anyone who yaps at VW or anyone else at a game, idiot or otherwise. The crap that comes out of their mouths are to do 2 things, one, get the attention of the athlete and two the audience around them. As a professional athlete you are paid to ignore them. The best athletes do. They know the game. Ignorance of the game is letting an “ignorant” fan get to you. I am sorry, your right, I don’t know what it’s like. Pay me what they are paying VW and I will find a way to deal with it. You have to. The numbers, Kevin don’t lie. It’s the one nice thing about sports. Here’s the harsh reality. Vernon Wells sucks right now. Will he suck next year? No clue. Right now he sucks. Does he deserve to be called every name in the book and have everything yelled at him? Probably not. The reality is, it’s a stupid game. Having said that he has to bigger than this. Look at guys on the Maple Leafs who have gotten way worse than anything VW has. Most recently, Mccabe and Blake. Maybe I am wrong, but I don’t ever remember reading anything like these quote from those guys. In this town, do you think Wells gets recognized ever where he goes like Mccabe or Blake does?? I don’t. Guys who have gotten it from the Leafs fans can’t hide here.

“One thing about players, when they do have bad years they learn a lot of things,” former major-league outfielder Dwayne Murphy said, arguing Wells is far from done. “They learn themselves better. All of a sudden things mentally happen and you tend to work a little harder in the off-season. You tend to make a lot more things different because of the year.”

Agreed. Good players rise above. It’s that plain and simple.

This isn’t personal Vernon. You don’t cure cancer. You play a game. You’ve made enough money in your life that your great grand kids won’t have to work. Your right, no one should be miserable. The best of people learn and grow stronger. We will see the type of character Well’s is next year.