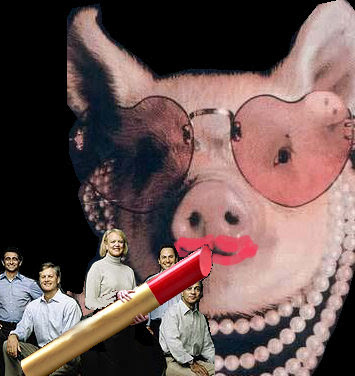 You knew Ron Wilson had to do something. So he has. Vessa Toskala is out tonight and Joey McDonald is in. Viktor Stalberg is in and his college buddy Tyler Bozak is also in. Out?? Matt Stajan of NHLPA fame and Nicklas Hagman. How Jamal Myers and Wallin stay in the lineup has to be purely a numbers game, as in we don’t have anyone else capable to take their place. The question is, of course, will it make any difference. For the Maple Leafs, they play tonight, Saturday and then not again until next Saturday. A loss tonight in the same ugly fashion leaves the rest of the week to think about it. Clearly Ron Wilson’s “bag skate” did wonders. An ugly loss tonight and a similar fate Saturday night and well, let’s just say it will be an interesting week until the next game.

Fun times to be a Maple Leaf fan. I especially love the Leafs nation is panicking mantra. It seems to me that the panic is highest by those who yell the loudest- namely certain argyle wearing, stuck at home/non traveling “beet” reporters who don’t watch non maple leafs games cause he covers too much hockey. The guy who has never predicted anything of relevance correctly for this team loves to lash out at readers in attempt to fill a clearly lighter pocketbook as a result of his responsible and accurate reporting on Sean Avery.

The “bag skate” never happened from what I’ve heard.Wallin is probably getting a little more rope due to being a newcomer,Mayers must have photos stashed to still be in the line up

I didn’t like Wallin in the pre-season but he has been more responsible than the others during the first 5. I’m not surprised about Stajan but I am surprised a bit about Hagman.

I just read the Sportsnet piece on tonights changes. Apparently Reimer is the back-up as Vesa went for an MRI.

“The Leafs don’t believe Toskala has suffered a serious injury, but wanted to exercise some caution. He took a big hit late in the second period of Monday’s game when Jason Blake inadvertently slammed Rangers captain Chris Drury into his goaltender.”

Does that make Blake the MVP? At the very least, the Sportsnet player of the game….Sorry, couldn’t resist. We need a good Vesa to be a tradable asset at the deadline.