Did Ron Wilson Take A Shot At Brian Burke? 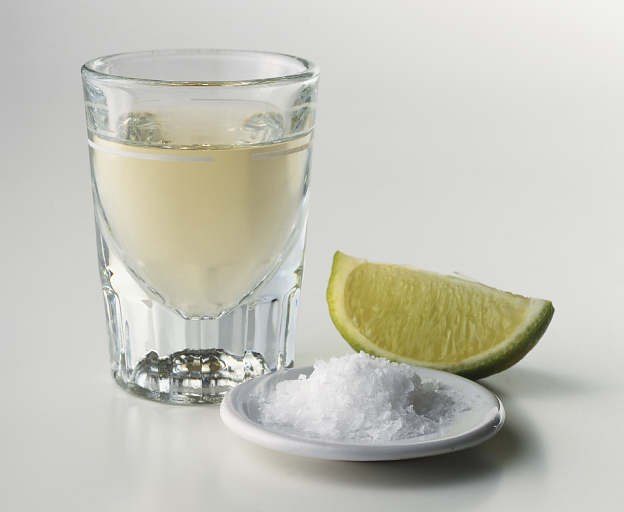 If you only read one article on the state of the Maple Leafs, make it Bruce Arthur’s column. It really is a fair and accurate assessment of the where we are today:

“Let’s go over the checklist. What general manager Brian Burke wanted was a team that created a fear-free environment for the skill players; what he has is a fear-drenched environment for his goaltenders. What Burke wanted was a team that played an aggressive, no-Leaf-left-behind style of physical play; what he has is a group often reduced to tentative pylon imitation, afraid to take a penalty on a team that can’t kill penalties.
Oh, and this team still needs work on shooting the puck down the ice on the penalty kill – they failed three separate times on Colorado’s first man advantage. No, seriously, they have trouble shooting the puck down the ice.”

That’s a pretty good summary wouldn’t you say??? Seriously. Where the hell is the team that was fun to watch during exhibition season? I mean Kadri is gone and Bozak back on the pharm, but was Jason Allison the gel holding this team together? Seriously what the hell was in the water up at the Deerhurst?

“Throw in the regression of Luke Schenn, the unwise grittiness of guys like Mike Komisarek – who took a boneheaded elbowing minor 50 seconds after the Leafs cut it to 2-1, leading to a decisive Colorado goal – goaltending only slightly better than that provided by a fire hydrant, and you’ve got a recipe for disaster.”

It isn’t pretty, that’s for sure. On the Schenn thing, how come I haven’t read sophomore jinx yet? Seriously??? Can someone smarter than me tell me that already this season his minutes are down? I mean why else is this guy choking the splinters out of his stick?? He is playing as if he screws up on a shift he will be send to the Marlies…..

“But panic, frankly, is a perfectly reasonable response to this. Before last night’s game the deckchairs were rearranged, in the hope that it would motivate the entire crew. MacDonald and Tyler Bozak and backup goalie James Reimer were elevated from the Toronto Marlies; Toskala – he of the .812 save percentage after the Monday night massacre – was sent for a rather convenient MRI, which was expected to detect his badly sprained confidence

I am so glad he wrote that. What else do people want from Leaf fans? Apathy? Would the media be happier if people were saying gosh gee wilikers, will get the next time????? It’s ok to see things for what they are.

“We don’t seem to have much resilience,” said Leafs coach Ron Wilson, whose sarcastic condescension isn’t playing so well, just now. “So I think right now getting some younger people in there that don’t carry a bunch of baggage around is the way to go.”

Baggage, six games in? Oh, boy. And forwards Matt Stajan and Nicklas Hagman, who had combined for five of Toronto’s 12 goals in the first five games, were benched. Why them?

“Why not?” answered Wilson. “It has to be significant changes. To sit out guys who play on the fourth line but have given a really good effort makes no sense to me.

“We have to shake things up … It can’t always be like the movie Usual Suspects.”

This team already seems shaken enough, thanks. And it certainly looks like there are a lot of the usual suspects hanging around. For all the talk of change, nine of Toronto’s forwards were here last year, mostly on the top three lines, along with more than half their defencemen. Unsurprisingly, this team hasn’t figured out how to play a Burke style, which makes sense, since they’re not Burke guys.

That’s right. 100 percent right. There is a lot of work left to be done by the GM. Unfortunately he is in a bad spot. There clearly aren’t reinforcements on the farm. If there were, they would have made the team. He can send down some vets, however in doing so he has to replace them. Say he goes and gets more experienced (older) players. Then those players will be taking ice time from the kids. We know the battle cry, we have seen this movie before. There is only 1 thing that solves this, or maybe 2. First, is SOLID goaltending. I don’t care what anyone else says, a team plays differently when it plays in front of a goalie that they trust. If you fear that every mistake is going in you will take less chances and make more mistakes (which do in fact end up in your net). Second is time. WIlson and this group need some time.

Now, riddle me this batman. Last night Steve Simmons, during Wilson’s post game press conference suggested that nothing is really going right for this team. Wilson’s response surprised me. His response was “well, your right, that is what happens when you set high expectations.” Now, maybe most people didn’t catch it. Maybe too few in the room were paying attention. From where I am sitting, there is only 1 person that set high expectations and his initials are BB. You can watch the video right here. The media didn’t set expectations. I am pretty sure that Ron Wilson didn’t either. Who else could Wilson be referring to? Maybe it matters. Maybe it doesn’t. I am going to file that under the hmmmmmmmmm column. I think it’s worth keeping an eye on.

“That’s what you see,when you set your expectations high”

A pretty big diff, his point being, the critique of the team is more critical the higher the expectations.I don’t see it as a shot at Burke, if he had said “happens” I would agree with you,but he didn’t.

Glen Healy made a comment on the Fan this morning that echo’d mine last night. Wilson (or any coach) isn’t going to be the guy to pull them out of this – at least not alone. They are lacking a leader that will lead the way….Mats, Shanahan? You may laugh at those names but if you agree that they need a player-leader, who?

At this point maybe we can beg Colorado to have Tucker back…we’re still paying him anyways aren’t we? 😉

Seriously though, we need someone to take the godamn bull by the horns and lead this team one way or another. 2 years without a captain is clearly 2 years too long…but who the hell is going to do it as I see no one ready yet.

Someone scour the free agent list and see if there is a name. Only 2 come to mind, Shanahan and Peca….

Shanahan and Chelios are the only ones with the credibility/resume for the job. Question is, can they make enough of an impact on the ice in addition to dressing room?

Btw, I think its Bozak that is going back to the Marlies, not Stalberg.

To answer the question of what happened to the team that was fun to watch in preseason, now it needs to play against NHL teams instead of a bunch of basically AHL teams with random pairings just to try stuff out. The Leafs were playing close to their real roster against teams fielding their minimum amount of required veterans, and very seldom any actual top players. There is a reason why people say preseason doesn’t mean anything. It’s because you aren’t actually playing against any real roster. They may be wearing the same jersey, but it’s not the same team.

I agree that expectations were set too high. It was supposed to be the first of a few rebuilding years but somehow people started talking about playoffs. They still don’t have a legitimate top line, no secondary scoring, and no depth in the roster. They did add a lot of defensive skill but that won’t take you very far without forwards to back it up unless you start playing the trap. Unfortunately they added too many guys on D and can’t even fit all their high contracts into the same game. They also have zero space for adding much needed forwards, and will need to somehow cut $5M in salary to get Kessel into the lineup, not that he has a good enough playmaker to work with to actually produce. Even worse when he’s facing top defensive pairs every night because there’s no secondary scoring threat for other teams to even bother thinking about putting their top guys out against. Execution is a problem, but they also just don’t have good offensive forwards, and have absolutely brutal 2-way forwards. One player like Carter or Richards or Zetterburg would be 10x more helpful to the Leafs than a player like Kessel for the same price. A one dimensional shooter isn’t any good for a team that can’t distribute the puck well and can’t sustain a forcheck long enough for him to be able to get open in the right spot. He’s good at finishing plays but that’s literaly it. If you don’t put him with someone who can start the play, you don’t get anything out of him.