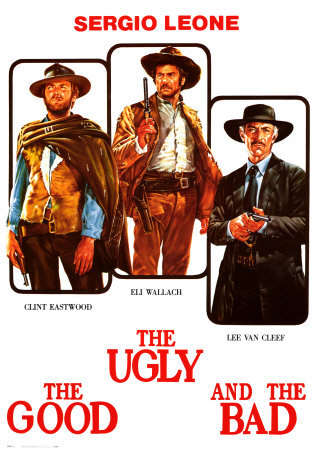 This week wasn’t so much about teams that proved their worth to me, more about teams that fell far below my expectations. If Cincinnati wants to be taken seriously in the AFC North, they need to beat Houston at home. The New York Jets cannot lose to the Buffalo Bills at home, it’s simply inexcusable for a team that knocked off the New England Patriots just a few weeks ago. And then there’s Philadelphia and Washington….

But there were some solid performances to speak of as well, so that’s where we’ll start.

The New Orleans Saints are looking like quite the NFC powerhouse right now. I did not expect them to beat the Giants, let alone embarrass them.  Drew Brees shredded the G-Men’s secondary for 369 yards and four touchdowns, and Marques Colston caught eight passes for 161 yards and a score. Even with Minnesota remaining undefeated, the Saints are a far better team due to the way they’re winning games. That’s two undefeated New York teams in three weeks to travel into the Superdome, and two New York teams humiliated.

The Arizona Cardinals went a long way to proving they weren’t just a one year wonder by thoroughly handling the Seattle Seahawks. In a key NFC West matchup, in the harsh atmosphere of Qwest, scored an early touchdown, and never looked back. Kurt Warner completed 32 of 41 passes for just under three hundred yards and a pair of scores before Matt Leinart (remember him) came in for mop-up duty. But the key figure of the game that stood out to me – Arizona allowed only 14 rushing yards. I know the Seahawks aren’t big-time running team anymore, but that is one impressive number.

I knew Tennessee was bad this year. I didn’t know they were that bad. I gave them a very small chance to go winless based on the talent that still remains on their roster, but yesterday was just plain wrong. Was Tom Brady playing against a scout team? Jeff Fisher should make the switch and go with Vince Young for the rest of the season. Who knows, maybe he can get them a win or two.

Sticking with the same game: when your quarterback has just set an NFL record with five touchdown passes in a quarter and you lead 45-0 at half, you do not send said quarterback out to start the second half. It’s called sportsmanship Mr. Belichick.

Neither the Atlanta Falcons nor Chicago Bears looked like serious threats Sunday night. Costly interceptions, fumbles from the goal line, and stupid penalties (way to cost your team a chance to win Orlando Pace) occurred far too often in the game, and each team needs to: a) get their running games back on track, and b) stop having their defences give up long scoring drives

What can I possibly say about the Washington Redskins? They beat the St. Louis Rams by two points. They become the first team to lose to the Detroit Lions in almost two years. They defeat Tampa Bay by a measly field goal. And then they lose to the Kansas City Chiefs. The combined record of their last four opponents is 2-22. Jim Zorn should pull a Bobby Petrino and quit midseason to bolt for college. Oh wait – I don’t think there’s a college program that would be interested.

The Philadelphia Eagles lost to the Oakland Raiders. There’s no need to go deeper into that one.

– the New York Jets suffered another huge loss today, literally. 360 pound nose tackle Kris Jenkins will be out for the season according to the NFL Network’s Michael Lombardi. The Jets should call the Browns immediately about Shaun Rogers. Eric Mangini has already given his former team Mark Sanchez and Braylon Edwards, maybe he’d be willing to do another favour

– the trade deadline’s tomorrow, and it’s the one time of year I wish the NFL was more like the other North American professional sports leagues. Nothing would make me happier than somewhere in the neighbourhood of 20 trades with at least four star players changing teams. It won’t happen, but I can dream