Brian Burke Taking It On The Chin 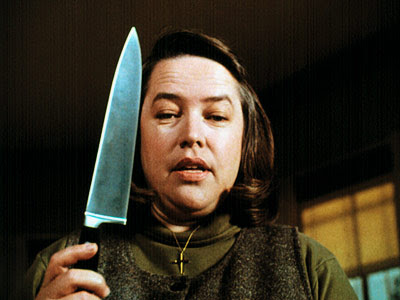 Interesting reading the papers today as the experts respond to Brian Burke’s selection for the USA Olympic team:

“Burke would choose a Canadien over his dead body simply for his having been nearly booed out of the Bell Centre last June at the NHL entry draft. A Size XL ego who is loved or loathed with no grey area beyond his snowy scalp, Burke immediately claimed that he didn’t take the podium abuse personally. But …”

That from Dave Stubbs of the Montreal Gazette.

Choosing the team is thankless, unless of course you win. No one is ever going to be happy and neither Brian Burke or Steve Yzerman are exempt from the criticism.

However, Burke, if nothing else wants to win. I can’t imagine that being booed in Montreal entered Burke’s mind for 1 second when he was picking his roster. His ego, as Stubbs points out is too big. There is no way he would let being booed get in the way of winning gold.

“There will be no better time for Gionta and Gomez to thank Brian Burke for Friday’s vote of non-confidence than on March 20 and April 10, when they personally can stick it to his Maple Leafs.”

We shall see then how much Gionta and Gomex are insulted by their omission from Burke’s roster.

“So if Tim Gleason played for the Maple Leafs and Mike Komisarek played for the Hurricanes, which defenseman do you suppose would have been named to the Olympic squad by Team USA (and Maple Leafs) GM Brian Burke and which would be left at home?”

All kinds of thoughts on this one. My first response is identical to the one above. Burke isn’t going to pick his own players as opposed to others if he knows better. He wants to win. Having said that, he did go out and sign Komisarek this off season, he must like him. Would I think for one second that familiarity played a role in say a tie-breaker situation where it was down to 2 players of, in Burke/Wilson’s minds, equal talent- then the answer is yes. If they were trying to decide between 2 guys whom they thought were equally talented I could see them giving the advantage to the one who plays for the Maple Leafs- the old devil you know adage right?

Then, as Burke was being interviewed on TV tonight during the Swedish game at the WJHC fans rinkside were chanting “Leafs Suck”- according to Damien Cox on Twitter. I would think that of all the attention, Burke enjoys this one the most.

Goodluck with the knee! Fast recovery!

There’s just no way in this world to explain to a habs fan that it’s not about them. No way.