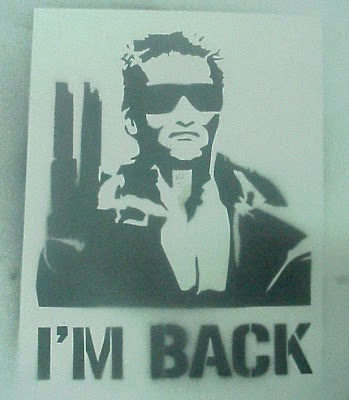 Mike Zeisberger has an interesting post today on the Maple Leafs. If nothing else it certainly causes pause for thought.

“Forget the playoffs. Unlikely to happen. From here on in, the focus should be squarely on the kids, the ones who have the potential to form the nucleus of this franchise for years to come. Wilson did not name names, but let’s face it: Many of the veterans the coach referred to will not be with the Leafs next year. The Alexei Ponikarovskys of the team have served their time in blue-and-white but it’s time for the young guns to take over.”

What, do you think Wilson/Burke are thinking the rest of the way here. Are the coaching/managing to try to make the playoffs or is the goal the bigger picture? How exactly does Zeisberger suggest that youth be served? Is the idea that only the kids should be played? Is the goal not to ice the most competitive squad every night?

“No more back-to-back games for Vesa Toskala. It’s nice to reward Toskala for his shutout against the Flyers by giving him the call the next night against Alexander Ovechkin but, as a pending unrestricted free agent, he will not be back anyway. So why start him?”

Wouldn’t the answer be two-fold, one he is an asset to certain degree and with the deadline approaching, he is an expiring contract so you never know what other teams are thinking. Would it be worth it to trade him for a 3rd or 4th round pick? I say so. Well, the only way you get ANYTHING for the guy is if he plays. Odds of him garnering any return is slim, but if he isn’t playing it’s nill. As for starting him again, I am pretty sure I read somewhere that he had a fairly decent record against the caps and more importantly he was damn good vs. Philly.

“If Wilson chose to go on a youth kick, he could actually ice a unit in which no player is older than 25 — Gustavsson (25), Schenn (20), Gunnarsson (23), Kessel (22), Bozak (23) and Kulemin (23), with White (25) waiting in the wings. No one is attempting to claim you’ll be ticking off these names on an all-star ballot one day. Given the franchise’s history of prospects who come up short, there is more than enough reason to be cynical about the future of this particular crop. But it’s time to find that out firsthand. How else do you get to see a glimpse of brilliance like Bozak’s between-the-defenceman’s-legs goal against the Flyers? There will be nights where Bozak looks out of place. It’s part of learning. But moves like that, while they shouldn’t send expectations skyrocketing, can not be taught. It’s pure skill.”

The one line of youth thing is interesting. Isn’t the issue for Wilson and Burke when does learning end and bad lessons begin. If kids aren’t ready, can more harm be done by over playing them? Last year Wilson’s approach with Schenn was that Schenn could do no wrong. Every mistake was viewed as a learning experience and Luke was sent right back out there. He consistently lead the team in minutes played. Why not take the same approach with these kids?

“Kulemin has been a pleasant surprise. Those of us who have been critical of his moribund play in the past must acknowledge his somewhat surprising work ethic has turned him into a solid two-way player. As for you Luke Schenn bashers out there, he has a plus-minus of zero. On this team, that’s not bad. And neither is the collection of kids”

Solid two-way player, isn’t that just a tad premature? I am not trying to be negative, but let’s not get overly excited here. He could turn into that and I think he has played very well of late. The bigger more pleasant surprise has to be Ian White.

Meanwhile, it looks like Happy Howie is starting to repeat what many of his fellow journalists are saying these days:

“So, to summarize: Burke is happy with his coaching staff. He will not consider offers for his only marketable player, even though it could help him to land assets that augment Kessel’s performance down the line. He has traded the Leafs’ first-round pick in the next two NHL drafts. The free agents he signed last summer [Michael Komisarek, Francois Beauchemin, Colton Orr and Jonas Gustavsson] have had a negligable impact on the hockey club to this point.

Where, then, does one of the highest-salaried GMs in the league turn to begin moving the Leafs in the proper direction?

Your guess is as good as mine.”

Compare that with Simmons’ piece from last Sunday:

” A quick Brian Burke report card. His team stinks. His friend, the coach, can’t get the Maple Leafs to kill penalties or play anything resembling team defence. His big acquisition, Phil Kessel, has gone soft and sour. He won’t be drafting Taylor Hall in June or Ryan Nugent-Hopkins the year after. And his college free-agent signings are nowhere to be found while David McNab, who signed Andy McDonald and Dustin Penner for Anaheim, has come up with another good one for his former team in Dan Sexton. Outside of goalie Jonas Gustavsson, who has had two heart procedures and a groin injury in his rookie season, little has gone right in Burke’s world and, knowing him, that has to driving him to absolute frustration”

Totally identical? No. Same thoughts and tone, for sure. Berger’s blog post on the 14th suggests that Brian Burke is blowing it by publicly starting his Tomas Kaberle position. It’s kind of an odd position for Berger. He who bashed the Leafs for thier alleged intentions with Bryan McCabe. This is the same guy who was the most relentless about the culture and reputation of the Maple Leafs had to change. No one wants to play here etc. I wonder how much this is about the fact that with Tomas Kaberle not in play, how little there will be for Berger to report on up and until the deadline. Who, pres tell would listen to him if he had no Maple Leaf scoops. With Kaberle not being asked to wave his no trade clause, the clammer of info on the Poni and Stajan talk just isn’t going to be that juicy is it? Hmmmmmmmmmmm.

Over at the Toronto Star, Kevin McGran has an interesting quote from Ron Wilson:

“Coach Ron Wilson acknowledges he’s got a young team, but won’t use it as an excuse. “The guys who are making the big mistakes aren’t our rookies and second-year players, they were veterans,” said Wilson. “Shame on them for not quite being ready. It’s simple little things, like defencemen backing off.”

Doesn’t that beg the questions, WHY ARE THE PLAYING THEN??? and Who’s job is it for a player to be ready?????

The first should be pretty easy. Wilson shouldn’t be playing guys who are making “big” mistakes. What am I missing here?

With regards to the second, part of the responsibility has to be the players. I get that. However, a big part has to fall on the coaching staff. Their job is to ensure that their players are prepared. That started last season when they sent them away for the summer. For the new guys, it was the coaches job to get them on the right page before training camp and then the entire group during it. The duty carries forward as the season progresses. One thing Wilson can’t complain about is a revolving door of personnel. His GM hasn’t really made too many changes.

Did you catch this gem from Bill Houston? Houston writes how Berger went off the other day how surprised he was that Leafs fans were “bitter” with respect to how the season has unfolded:

” We would suggest not. This has everything to do with a sense of hopelessness — that the future, at least for the next two seasons, has been squandered. It’s all about Burke, after one mediocre season, rejecting the idea of building the team the sensible way, through the draft, and instead opting to give away two first round draft choices and a second to Boston for Phil Kessel, a player who’s streaky but talented, but certainly not a franchise player. For the fan, it’s not so much what Kessel is or isn’t. It’s about the fact there’s nothing to look forward to. There’s no lottery pick waiting for the team at the end of the season. The rebuilding is over, but the house is a wreck. Now, as Bill Watters said on AM640 in Toronto today, it’s all about Burke trying to renovate as best he can.”

It’s hard for me to disagree with the take, except for the Wilbur part. Wilbur’s anti- Leaf bias is legendary.

So, who’s excited for the Blue Jays season? Bought any tickets???? Ohhh, how bout them Argonauts??? Ohhhh and hey, what ever happened to Craig Daniels?