The Day After Burke Bombed The Maple Leafs 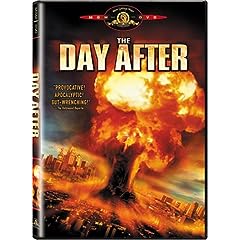 What? No trades today!!! The nerve.  Lots of talk today, the good, the bad and the ugly.

Steve Simmons, in tonight’s Toronto Sun wrote the kind of article I, as a fan have always wanted to read. The comments after the deal are okay, but I want to know the details, the how it happened story.  We don’t usually get to see that type of story.

“The meeting was convened on Nov. 15. That was the first time Dion Phaneuf’s name came up in any meaningful way with the Maple Leafs.

Frustrated over the fact the Leafs season had started so poorly, Brian Burke called a meeting of his top executives, Dave Nonis and Dave Poulin, and asked a rather basic question: How do we get better?

The three men were asked to rank the Leafs’ biggest needs in order.

“We all felt we needed a stud defenceman,” Burke said.”

And here we thought Burke was asleep at the wheel!  Not that it’s overly important, but are you surprised that Ron Wilson wasn’t involved?  I know that isn’t the normal role of the coach, but given the relationships here.  Also, what about Cliff?

“The two general managers spoke regularly — as most GMs do — over the past months but something changed less than two weeks ago. Burke was talking to Sutter on the phone when the conversation shifted.

“He said: ‘I might move a defenceman.’ My ears perked up at that,” Burke said.”

I bet his ears perked up.  It’s amazing the timing of these things.  Once again, I will say it is stunning given how much money is spent on “insiders” that none of this broke.  Not a whisper or hint of this trade was anywhere!

“The trade talks with Toronto began in earnest that day. Burke said: “If you were going to put a guy like Phaneuf in play, what would it take?” Then the Leafs did what most NHL teams do when talking trade. They provided the Flames with a list of all their signed and unsigned players, indicating which players they would consider moving and which ones they wouldn’t move.

According to sources familiar with the deal, the first player Calgary asked for from the list was Hagman. They liked his scoring, his contract, and what he could do for the Flames. But the deal was never intended to be one-for-one.”

Now, you see, this is the type of stuff I find fascinating.  If this is true, I think it’s incredibly interesting.  Wouldn’t you have loved to be a fly on the wall when these talks were on going?

“The Leafs didn’t necessarily want to give White away. But for them to make the trade, White and Hagman had to be included.

The conversations then progressed. The Flames asked for Matt Stajan. Burke had every intention of trading Stajan, a soon-to-be free agent, at the upcoming deadline.

He had tried to deal him a year ago. Parting with Stajan wasn’t that difficult. But he didn’t want to make a 3-for-1 trade. He wanted to expand the deal.”

See, I just eat this stuff up.  I wonder if Burke wanted to deal Stajan last year why it took so long to deal him (a rhetorical questions).

“I think we both agreed it made sense on Friday,” Burke said. “I ran the deal by Richard Peddie. He ran the deal by his ownership group. It’s not necessarily for approval, just to let them know what’s going on. We wanted all hands on deck for Saturday. We had to get through the games on Saturday night with everybody healthy.

“I e-mailed (Sutter) after our game. He e-mailed me back after the second period of their game. I went to sleep after that.”

Now you see, there is respect there.  Burke alerting his bosses as to what is going on.  As if they were going to say boo.  It’s just neat knowing that this stuff goes on and how it goes on.  Now someone will interpret this as Burke had to get board permission but that clearly isn’t what is written here.

David Shoalts column is pretty bad in my opinion. In fact, I just don’t get where he is coming from. Most of the column is nothing new, then Shoalts throws this at you:

“In the long term, one theory is Burke – who has given mixed signals on such as proposal – will trade veteran defenceman Tomas Kaberle when his no-movement clause lifts at the end of the season for a scoring forward and/or a first-round draft pick he doesn’t have (thanks to the Kessel trade).

This, not to put too fine a point on it, would be madness. ”

Now, say what you want about Burke, but has anyone seen him give mixed messages on Tomas Kaberle? I mean, he has been totally consistent along the way. Now to suggest that trading Kaberle when the NTC is off the table in the summer would be “maddening” is odd. If Burke could land a first round pick and a scoring forward- how could that move be madness?

Shoalts discussed burying Jeff Finger on the Marlies in favour of keeping Kaberle. I am not against the move of Finger in principal irrespective of Kaberle. I am thinking that even 22m in defence is too much though.

“Offensively, the Leafs could be a lot better next season. It is not unreasonable to assume 2009 first-round pick Nazem Kadri will be one of the top three centres. That would leave the Leafs Bozak, Kadri and Mikhail Grabovski leading the way down the middle. ”

I’m a leafs fan, but I am sorry. That collection, given all we have seen right now doesn’t thrill me in the least bit. Now could that change? Of course. Would I take that to the bank? Hell NO! Not trading Kaberle for a scoring forward based on this thesis seems more madness to me.

The ugly won’t even get a link. Berger on the radio today was outright offensive to listen to. His glass half empty all the time routine is beyond discussing. His dictionary required blog post is equally as bad. Do your self a favor and don’t read it.

If you want a good read, check this out to see what “Bryan McCabe has to say about the Leafs/Flames trade.

The hmmmmm goes to Bill Houston. It’s not very often that you see a reporter go “personal” on another reporter. Now Houston is out of the “real game” having joined the wide world of blogs (no orange jackets required- phew). However I think those in the industry would still consider him “one of them”. Houston did take a mild shot across Darren Dreger’s bow yesterday:

“The “yes, but” qualifier has to do with Dreger’s connection to Dave Nonis, the senior vice-president of hockey operations for the Toronto Maple Leafs. They’re second cousins. Therefore, the perception by some will always be that Nonis is helping out cuz over at TSN with information.

I have no idea who Dreger’s sources are or now much, if at all, Nonis contributes. I don’t know how close they are. But none of it lessens the good work that Dreger along with Bob McKenzie and Gord Miller did by breaking blockbuster Leafs-Calgary Flames trade, the biggest NHL deal to come down the pike in years.”

Raise your hand if you knew that about Dreger. I for one certainly didn’t. Houston certainly laid it all out there, but then softened the blow with the latter part of quote. It is certainly interesting to see this type of comment in print. It’s not seen very often.

“Regarding Nonis, Dreger said in an email, “Up until a few years ago, Dave and I didn’t even know we were related. For anyone to suggest I’m the benefactor of ‘family favors’ is insulting to me and I suspect, insulting to Nonis as well.”

Well, I guess we know how Dreger feels.

Look, I am not saying it’s offside. Houston covers all the bases in his article. I’m just a little surprised that he wrote this, as the insinuation is now out there. It’s not out of line, it’s just personal. Maybe I am just naive.