IIHF Should Blow It Out It’s A$$ 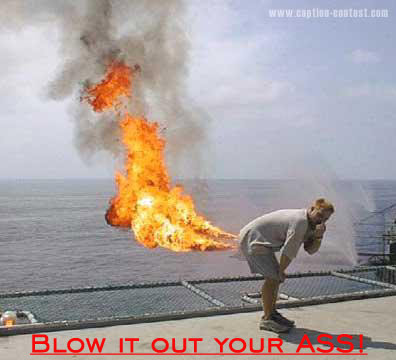 As I wrote the other night, I could really care less about the current tournament going on right now overseas. So when I read that the IIHF is taking shots at Canadian players for not partaking I was, pretty offended.

Here’s what you need to know:

IIHF communications director Szymon Szemberg, in a commentary on the home page of the organization’s official website earlier Wednesday, ripped no-shows for turning their backs on their national teams, their fans and the hockey organizations that helped them develop.

He questioned excuses such as nagging injuries or, in Crosby’s case, a long stretch of hockey that includes the 2009 Stanley Cup playoffs, an 82-game regular season, the Vancouver Olympics, and two rounds of playoffs this year.

“Why is a 22-year-old Sidney Crosby tired when a 34-year-old Ryan Smyth is answering the bell for his country despite having represented Canada at the worlds already on eight occasions?” he wrote.

“Players who say no to representing their country at the world championship without a legitimate reason turn their backs not only on the team and its fans but also to the system which developed them and made them rich and famous.

“They should pay back, but they don’t.”

What a farce. What a total joke. You know, regardless of age, guys are allowed to be tired! I mean, Crosby played in last year’s finals, this years Olympics and this years playoffs. His first obligation is to the Pens and if he, or anyone else thinks they are tired then they are tired. As for not paying back, I don’t know which world Szymon Szemberg pay attention to but it’s not one based upon reality. NHL players are phenomenal in giving back to where they come from. Whether it’s actually giving back to communities, spending time or both, these guys, for the most part get it.

Here is what I really don’t get. What is Semberg really up to? I mean attendance I thought was north of 70,000. So what the hell is the problem? I mean would more people be there if more NHLers were there? This reeks of sour grapes….

So- I am down south in St. Thomas for a few days so updated may not be all the often.

Lots of cool new things coming in the next couple of weeks including some great guests on the pressbox!