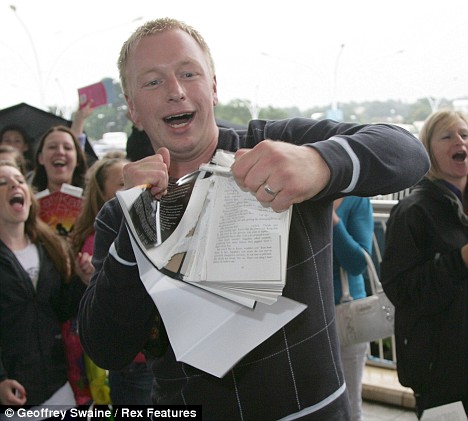 “Is nothing else going on in Canada, they have to focus on us? … The country I’m from, the (Toronto) Globe & Mail I thought has just been over the top in the negativity about this marketplace, almost trying to prove their point, regardless of what else is going on. I’m really disappointed …”

Wow. I mean I thought it was hilarious when there was more Canadian media in those Phoenix court rooms then there were season ticket holders to the Coyotes prior to the start of the 2009-2010 season. It is kind of odd when you think about how much coverage the Coyotes gate received. What Maloney is forgetting is that a huge part of the story was Jim Balsillie and his attempt to move the team to Ontario.

“I used to read that paper all the time, I thought it was a great paper. It just seems so biased toward, in my opinion, their writing; some of the writers, not all their writers. Eric Duhatschek is a terrific writer. But some of them have been just so negative to this whole franchise.”

If Maloney thinks the paper is negative now, he clearly didn’t read all the papers here about 3-5 years ago when everything written was negative. For my two cents if the media in Phoenix covered the Coyotes 1/4 as much as the MSMers did here the Coyotes would sell a hell of a lot more tickets and maybe wouldn’t be in this mess. No, I am not suggesting the media is to blame. I’m not that much of an idiot. What I am saying is that people are sheep. If the team got more coverage than maybe people would start to think that perhaps this was something worth covering.

“I know Commissioner (Gary) Bettman has some detractors, but the way they portrayed him is a disgrace. It’s an embarrassment to be a Canadian. That’s my personal opinion, c’mon.”

Some detractors? I don’t think so. I want to find the one or 2 people in the Canadian press who like Bettman or sing his praise. How exactly has he been portrayed here unfairly? Someone please open my eyes. Maloney has some valid points and concerns, but the Bettman thing is off base. Personally, I think Maloney should worry about things out there and let others worry about the press here 🙂 Zelkovich and Houston seem to have that covered.