Should the Leafs Buy-Out Grabovski & Finger? 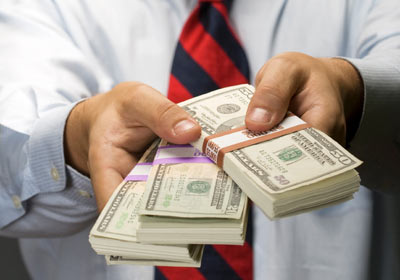 It is rumoured that the Oilers will be active today with the possibility that they will dump Moreau, O’Sullivan and Nilsson.  Other rumoured candidates for buy-outs are Cheechoo of the Senators and Georges Laraque of the Canadiens….the later is almost guaranteed.

While I haven’t seen or heard anyone in the media suggest it, I have seen some fan posts on various sites that suggest that the Leafs should buy-out Mikhail Grabovski and Jeff Finger….It doesn’t make any sense to me but I’d be open to hearing your view.  In my view, they should bury the contracts in the minors should they need the cap room.

Let’s start with the rules:

The team gets twice the years remaining to pay the reduced number on the salary cap.

Total cost of paying salaries over life of contracts: $12.95M

Bottom line as far as I’m concerned is….the Leafs can afford the cost of paying Finger and Grabovski to play in the minors.  The move also allows them access to NHL experienced players should (more likely, when) the pro team experiences injuries.  They can also avoid the wasted cap hit in future years which they will want/need.  The only down side to burying contracts is that the team could get a reputation for the move and this could affect a UFA’s decision to play here….I don’t buy that argument….The benefits far outweigh the drawback.

If Burke needs cap space, bury the contracts – don’t buy them out…

For a rich organization like MLSE, burying makes the most sense. YOu still don’t want to make a habit of burying people, as it might look bad to players wanting to sign here, but in the case of Finger it is the only option that makes sense. We are already stuck carrying Tucker’s stupid buyout at $1 million for another four seasons…adding more to that definitely hampers the cap flexibility. Plus I am certain that I have heard Burke on numerous occasions say that he won’t be doing buyouts as it is detrimental to cap management.

Bury. Finger was even on record for saying, given the limited playing time he had last season, he’d rather be in the minors so he doesn’t lose any money to the escrow plus he’d get to play more.

For Grabs I’d be willing to have him part of a package in a trade whether that’s with Kaberle or someone else.

The product of your analysis is likely why you are only reading the suggestion from fans and not hockey reporters. Seems like the AHL is going to get some marquee players with the likes of Toronto and Chicago prepared to bury underperforming/overpaid players in the minors. I’m sure this will get corrected in the new CBA.

@ Pat, you’d think so….it’s amazing what you see posted…maybe some of those that suggest the buyout are simply frustrated with Finger and Grabs contracts and want to get rid of them completely…who knows 🙂

There is no way Burke buries either contract in the minors. Burke is a guy with principals, a man of his word and he honors and respects players and the deals they sign. Like he let Bryzgalov leave Anahiem for nothing, like he refused to ask Tomas Kaberle to consider waiving his no-trade clause, Burke will never ruin his reputation by sending multi-million dollar players, (especially players like Grabovski who he himself resigned) to the minors. Not a chance. He’ll trade Jeff Finger and two 1st round picks to whoever will take him before that happens. Count on it. You all are dreaming, Toronto is not Chicago, they aren’t in a position where they have to demote somebody. Only reason to do it would be to make room to sign new players and Burke isn’t going to do that. Get used to it Leaf fans, this is the team, the only major additions will be via trade.