Here’s your celebrity picked bikini of the day from GetABikini.com 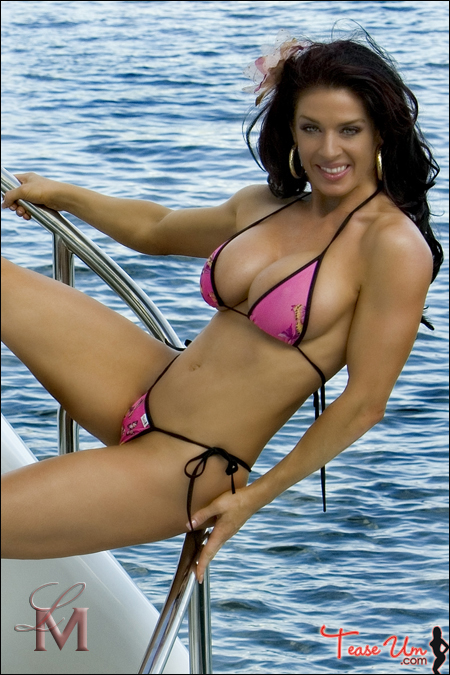 gotta hand it to Blair … he picked the dude with the best rack.

Dead Or Alive WAS a great party band back in tha day, but whats up with that bikini, Pete?

Hey TSM………..what happened to Part 2 of the “Ups and Downs of Toronto Sports Radio” topic you said you would post ??

We are still dealing with Part 1 and its aftermath. In this city I have come to the conclusion that the local sports media, with relation to the Raptors, have been derelict in their duties in terms of demanding accountability from the Raptors players, coaches, management, and owners. In other words, everybody. It took TSM to call it like it was with the Bosh interview, which was a total joke, and that is part of the reason why we end up with the team we have.

There are so many times when fans who boo get chastized for not supporting your team. The way I see it, the Raptors play, and certain individuals on the team, get booed because they deserve it, and also get cheered when they earn it.

I am tired of hearing how great Portland fans are, for cheering on their team through thick and thin, propelling them to victories. Matt Bonner just said how great San Antonio fans are, where even after they got off to a bad start, the fans kept saying to him don’t worry, hang in there, things will get better. That ain’t happening in Toronto, and I have no problem with that. San Antonio has a proven track record to back it up, the Raptors, well, let’s not get started on that front.

The media here is played all the time, plus the recent free agent signings and trades were all broken in the States, not here. I noticed today that Sam Smith broke the story today on Bulls.com that Chicago signed Ronnie Brewer form Utah to a 3 year contract. How many Raptor reporters broke anything? I think Doug Smith was the first to announce one signing, but overall, Toronto press have been chasing stuff down, rather than having souces contact them. Maybe that is part of reporting, I am sure it is, but sources in hand you can rely on without prompting seems to me the best way to get the scoop first. Maybe ESPN pays for this kind of access, I don’t know, but we seem to be the last to know on this side of the border.

An article on Andrew Krystal from Zelkovich:

Looking forward to checking it out. Although if becomes mostly hockey talk from 9 – 3 every day, that might get a bit much. I think that being diverse in its sports coverage was one of the things that kept 590 ahead of 640 all these years. We’ll see.

I do like the idea of the Fan getting a little more entertaining though. It could get pretty dry at times.

TSM – any idea who the new morning host might be?

Daniel, the Fan in their latest questionnaire earlier this week as part of the Sports Authority Panel had only one question.

Who would you like to see be the new Morning show host? They asked for two answers. I put down Strombo #1 and Mitch Melnick #2.

Obviously, they are still uncertain as to who they are going to hire and are still polling.

I haven’t listened to a sports radio morning show in so long I’m not even sure who I would suggest at this point.