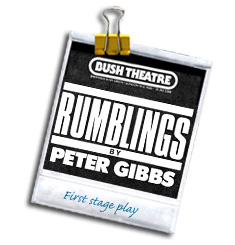 So, John Tory has apparently given his final answer, he’s not running for Mayor of Toronto after all. Well, that may just do it. This could be the first time I don’t vote. I have no faith in any candidate, I think it was Brewsters Millions where the line was vote for none of the above.

Anyways, back to the world that we care about…

So Jeff Lumley has a co-host, they call it a guest, for the last couple of days. First I heard Jeff Blair then today Dan Dunleavy. Couple of thoughts. First, Dan Dunleavy should be hosting the show. He is a way better interim host than Lumley. Second, if your going to give Lumley a co-hose (guest) then Lumley needs to shut his yap from time to time, to, ya know breathe and give the other person a shot to speak. Yesterday with Jim Lang they did a pretty good football segment. Both Blair and Lumley together were good with Clubber Lang. This morning Dan Dunleavy and Lumley did a segment with someone from football weekly magazine (I believe that’s where the guy was from), in any event, Lumley used the exact same bits and made the exact same comments from the interview the day before.

If your sticking with him in the interim, giving him a co-host is good. It brings a totally unlistenable show to the decent or okay in my mind. It is still a long way where the previous show was. I will say this, I liked Dan Dunleavy this am. I like Jeff Blair too. I like Bruce Arthur on PTS as well. I’d like to see either Arthur or Blair as a permanent number 2 host a lot. I think Dunleavy should get a bigger role.

Do you remember Gord Stellick? Well, maybe you can actually go home again, especially if you never leave. Not that anything is “imminent” but tongues are wagging that Stellick could be brought back to the Fan 590 in a role that I think he would be perfectly suited for., pre and post Toronto Maple Leafs games. PTS with Mccown ends at 6, put Stellick on from 6-7 on game nights and then he picks up after the game too. In my opinions it’s a great fit. He knows the game and fans like him and he’ll probably get some good pre and post interviews. I asked the Fan’s Collins about the move and he would only say that he is focused right now on the 6 am to 6pm window. So, is it happening? I don’t know. I know that lots of people are talking about it and I think it would be a great move.

Still with the Fan, Collins did say that there are no new developments on the search for a morning team. Andrew Krystal is in town and he and Greg Brady are probably starting to get primed for their Fan 590 debuts. Will be interesting to see who takes over the morning game.

Meanwhile up the dial at 640 Toronto, I am hearing lots of interesting things. First is that at least according to those talking, the odds on favourite to replace Greg Brady as host of the Bill Watters show is…. Bill Hayes. The bigger question is, what exactly does that mean. I’ve heard a few different interpretation here is the most common: 640 is going to wind down, at least for the present it’s sports programming. It will continue to do the Leafs game while it owns the right to do so, but after this contract it will punt- at least according to this theory. Perhaps, the story goes, at least as far as opinion from those on the street is that they will hope that Mr. Watters realizes what is on the horizon and a settlement is made releasing him from his contract. Reminder, this is far from fact, it’s merely conjecture. 640, the opinions go, will focus primarily on talk.

The other theory is that perhaps this anti-sports movement will only be short lived. Those who are telling me this opine that perhaps the station forgoes sports programming until such a time as Watters current agreement expires, the Leafs contract expires and perhaps takes a run at some Fan590 on air talent at some time down the road with a revamped sports offering. Again, this is conjecture only.

Personally I think there will be some telling signs over the next couple of weeks. If for example 640 sticks with Hayes, it’s a sign to me that perhaps they are indeed going to reduce the sports focus. Leafs lunch is gone, and no big name in the host slot with Watters screams of white flag waiving to me. Conversely, if a new host is named and they do go after some other talent right now with sports experience then it will likely mean that they aren’t forgoing sports at all. Several people are looking at one Howard Berger as a trigger/signal. If Berger were to magically head to 640 to replace Jonas as the Leafs beat guy, AND they brought in another host for the BWS- it’s game on. Personally I have no knowledge of Berger looking to move or being approached, it’s purely conjecture.

On the flip-side, if 640 sticks with Jonas and Hayes…well don’t look for sports banter for that much longer. At least according to those opining these days.

This has been a dull couple of weeks here in town. Hopefully things will pick up soon. Hope you enjoy these radio rumblings- good banter from this seat.

I’d be happy to see Gord get some more work at the Fan. I don’t see why The Fan doesn’t offer him and Mike Hogan some evening/weekend work (assuming they’d even be interested). I think the lifespan expired on their morning shows, but they are still good, knowledgeable hosts.

The Fan has so many holes throughout the week, it would be nice to hear. How about Stelick and Hogan 6 – 10pm? Or Stellick evenings and Hogan late nights? Maybe that’s unrealistic from a salary standpoint. Either way, It’d be nice to hear them back on in some capacity.

Gotta agree with you on 640. With respect to Hayes, a show that he cohosts would really struggle to be in the same stratosphere as Prime Time Sports (in my opinion). I think he’s at the level of someone like a Roger Lajoie. If he’s the replacement for Brady, then you’d have to think that 640 is looking to move away from sports (and, as you say, they already have to some extent).

As I’ve said before, if 640 does drop sports talk, maybe Toronto needs to have an actually competitive team or gain an NFL/2nd NHL franchise before a second sports station would be viable here. Or maybe 640 just never got the right formula.

Collins” Plan at the Fan” is working to a T. Keep the non-talent on air all summer,then when HIS new hires swoop in they will all sound like first team ALL-STARS…

With all due respect to Bill Hayes, he really should not be a full time host of a drive time show.

That coupled with Bill Watters being past his “expiration date” would make 640 unlistenable at those times.

I agree, I think Hogan or Stelleck would bring more then the current fill ins, the Jeff Sammitts and Rogers Lejoie’s of the world.

Finally, who was the person who thought that Jeff Lumby was a suitable fill in?

The morning show needed to be blown up but I always thought that there was a place for Stellick on 590 in another timeslot………….however if they hire him back to do evenings only a few months after firing him I would find that to be a bit strange.

Then again, this is the same station that hired back several people in the mid 1990’s (including Hogan and McCown) after getting rid of them

I do not get to vote for the Toronto Mayor, but I am in agreement, there really is not a candidate who is showing any dynamic or innovative ideas or trust. Too bad really, Toronto is a good city but can once again be a great city with strong leadership and progressive thinking to turn it around.

My 2 cents for 2nd seat with Bob would be these 4 in this order…
1. Brunt (still the best guy in print )
2. Shannon (this guys knowledge of all things media is phenomenal)
3. tie… Bruce Arther and / or Blair
lately, I think B.A is becoming a young version of McCown (at the same time kissing up to Bob at every opportunity – and I hope his voice changes soon i.e Peter (not greg) Brady)

Dan Dunleavy should be hosting the show. He is a way better interim host than Lumley = Yup

Stellick back to work a Leafs related show = Yup

Still think the FAN PD already hired the best guy for the morning show already….Brady….I know, I know…aint gonna happen….In fact, Brady with Stellick would have been good.

I am thoroughly confused. I have always referred to the new PD at the Fan 590 as Don Kollins, and now you are using Don Collins. Which one is it? I did a search and found his own Linked In Webpage and it is Don Kollins, so I think that is likely the way to go.

Arthur is my favourite along with Brunt to be McCown’s #2, so I am hoping that in September we will see a rotation of the two of them week by week.