Game of the Night 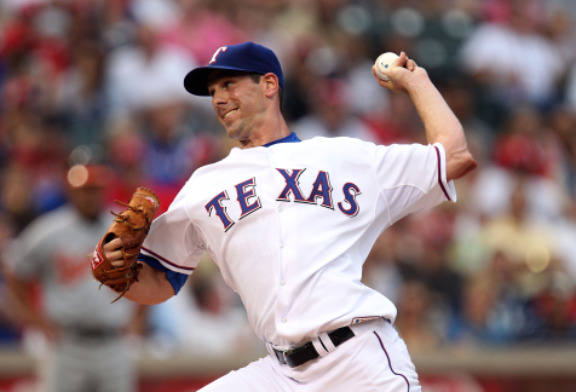 Thursday’s Game of the Night takes place in the Ballpark in Arlington, Texas where the AL West leading Rangers play the Central leaders the Minnesota Twins for the fourth and finale game of the series. This is a huge game for both squads to continue to build a lead in their respective divisions while the Twins looking to avoid the sweep. Minnesota holds a 3.5 game lead over the Chicago White Sox and Texas with a larger 8.5 game lead over Oakland A’s. A couple of aces on the mound tonight with Francisco Liriano (11-7, 3.45 ERA) starts for the Twins and the big midseason acquisition Cliff Lee (10-7, 3.09 ERA) is on the hill for the Rangers. Liriano is having a great season and has looked to have regained his 2008 form when he dominated the AL. His K/BB ratio is 165/50, as you can see he’s been dealing this year. Liriano’s also throw the most innings in his MLB career 151.1 innings, rumors have been swirling about arm fatigue. The left-hander has failed to complete six innings in each of his last three outings. The other left-hander Lee has not felt so welcome in his new digs, He’s only 2-4 with a 4.18 ERA since the Rangers acquired him. Questions of whether Lee can handle the heat in Texas and if the 2008 AL CY Young winner is also suffering from arm fatigue as well. The craziest part about Lee’s 2010 season is the guys only walked 11 batters all season in 174.2 innings. So arm fatigue or not, the guys throwing hot fire. Both teams can hit too with the AL’s number one and two in batting average.