So, The Media Does Matter After All 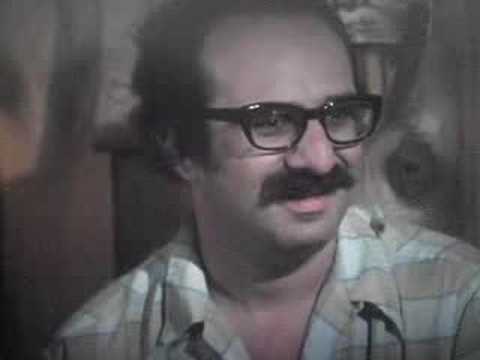 Fascinating hearing Richie Rich on air with Eric Smith on the Fan 590 this morning. Smith kicked off the segment by asking whether the likability of a coach matters; do fans care if the coach is a grump etc. Maclean then came on to talk to Smith.

After the usual grumpiness, complaining about money issues, Richie Rich, in my opinion anyways provided some pretty insight to the wonderful world of, at the very least professional hockey if not professional sports in general.

Maclean told Smith (and the audience) that when he got fired in Columbus as GM, that it was a 20 second conversation between himself and the team owner. The owner told Maclean that “the media doesn’t like you anymore”. Maclean said this calmly, and to prove a point. He reiterated that this came from an owner, not a GM (as the topic was coaching) and that when he offered up that only 2 members of the media didn’t like him, the response he got was, again that the media didn’t like him.

If that wasn’t telling enough, Maclean went on to tell how on at multiple occasions he fired a coach because he was ordered to do so by an owner. Maclean admitted that on one occasion he disagreed with the owner and still did the deed.

So, why do I find this so interesting???? Well, for one I am easily interested. I even watched most of the Leafs/Sens exhibition game this evening. Seriously, this is insight from a former NHL GM and coach who has been around the league and involved with several teams. This isn’t a JFJ one off. I have to conclude that if Maclean says it then well, it is the norm.

Now, I am not so naive as to think that Maclean, or any other GM would be so foolish to say not to the top boss when told to fire an employee. However it is incredible insight into just how important and powerful the local media can be to a team. We’ve seen it here in pieces. The media turns on a personality and well that person is likely doomed.

Perhaps what interested me the most was when Maclean said that he never admitted this info publicly while the GM of the team. That is when the owner said fire a coach, Maclean said the decision was his. So one does have to wonder just how involved owners are across the league and not just here (I say in jest). We’ve heard about how tough the media is in some towns. Clearly what they say, write and report has significant influence on those that really matter the most.

As for Smith’s original question, I think this is where winning is the true difference maker. I think a coach who wins can be the biggest jerk to the media and it won’t matter. Win games, playoffs and championships and the owner isn’t going to care what anyone has to say, neither are the fans. Conversely, you can have the nicest guy in the world and if all they do is lose, well then I think you have a world of problem. The key is to find the middle ground. I think coaches and managers who think they can survive despite the media are in a world of hurt. I think those who cooperate and respect the job that the press have to do generally fare better.

The fate of Ron Wilson will be decided by performance. While I can’t see Brian Burke capitulating to media pressure, even he has a breaking point and while he claims to date no meddling from MLSE, I would imagine that if the board wanted Wilson gone it would make for an interesting meeting.

So if you go to the Blue Jays game this Friday night, Cito Gaston’s last home Friday game as manager, word is you may (or may not) want to get there early as the Fan 590 new morning guy Andrew Krystal may be the one to throw out the first pitch at the Rogers Center. Nice to see cooperative promotion across the Rogers family.

Word is that things may have actually taken a step back for one Howard Berger. Last year we told you that Howard may have some road trips cut from his schedule. Now there are rumblings that things may be reversed and that Howard may be staying home more often than he takes to the road. My feelings for Mr. Berger have been clear since I started writing here. I will say that if the rumblings are true this is pretty sad, especially for Leafs fans. As much as I poked fun at the guy for saying he didn’t watch games when he wasn’t at the rink, I will say it’s probably pretty difficult to be “an insider” when you don’t travel with the team.

Now I know Berger may not have been on the team flights or staying at the same hotels, but…..I would imagine that being around the team on those long road trips allows for the opportunity to establish and or nurture relationships with those on or around the team. If this is true that happy Howie truly is becoming stay at home Howie, well that’s just not good for anyone. I’m hoping that the rumblings out there are wrong.

Krystal possibly throwing out the first pitch at Friday’s Jays game. Rogers can do all the self promotions they want to gain Krystal an audience, but this guy is a dead man walking already. I have never seen such an immediate and decisive backlash against a FAN personality, and I have been an avid listener since Day 1 of the station. I can’t wait for the Fall book to come out to confirm this. Without a doubt, the hard core sports fans have turned away with very few exceptions, as I see daily reading all the posts related to Krystal.

Are there anywhere near enough to replace us? I just can’t see it happening. I find him repugnant on every level, and even of more of the main streamers come on board to try listening to him, I have no doubt that he will alienate them as well. This guy should not be in radio period.

The bigger question is Kollins has made a complete debacle with the FAN, as I pick my spots now, with Smith, Brady and McCown occasional listens. The PTS time change has been universally panned as well, with the replacement programming a joke. It seems Kollins has done everything outside of bringing Brady over to piss us off.

Yes, I have no doubt related to the body of your column, that the owner’s are dictating hirings/firings more often than we know and the media plays a crucial role in their decision making on it.

Does anyone have any good suggestions for Satellite Radio morning Sports shows?

Let’s hope there is a batter in the box, who line drives a ball back to the pitcher on Friday night’s first pitch.

Not to be childish enough to wish harm on Krystal, but I find his radio show, his approach, his demeanor to be completely juvenile. I’m putting on some years, but I feel like I am back in high school when his show is on.

He says things that have no substance and are only intended to inflame, he’s rude to callers, and I’ve yet to hear an interview of any interest.

Hate to admit, because I didn’t really think this was the case over the summer, but I miss the old FAN 590…a lot!

This is related to the most interesting thing I ever heard McLean talk about re the involvement of the owners.

McLean talked about how if you are an owner of a sports team (or on the board) everyone knows and if the team is not doing well it would very often come up in daily conversations with people on the street, friends, colleagues etc. Think the owners like to be kidded, in the case of bad teams, that they are associated with a laughingstock?

Why wouldn’t GMs or owners talk about this fact? Because that allows the GM / Coach to take the media abuse… if it was known that the owner was calling hockey shots – they would start receiving the abuse (or more than they already are.)

Great point Sam. At least I know I wasnt’ the only one listening. It’s interviews like that one that make me listen to sports radio station. I can do without the rah rah stuff, but hearing Maclean talk about his experiences with his owners is interesting to me.

Best morning show on satellite radio that I have found is The Morning Jones, 7-10 on the score on sirius 98. I listen every morning to the whole show. If you want to check I out, it’s on iTunes or at thescore.com/radio

Thanks Dok and TSM, will check them out.

i feel like Maclean is on the same career cycle as Watters:

i am not a hockey puck so i don’t know which category he currently belongs in but i must confess that i tend to tune out his “insider” commentary.

Howard Berger has the worst job in sports! He has to cover the Leaf’s all day. That is like being the father of a 44 year old ugly daughter who can’t cook, won’t clean and hates sex, and then has to explain to all his friends why she is single!