The Blanket On Sports Betting 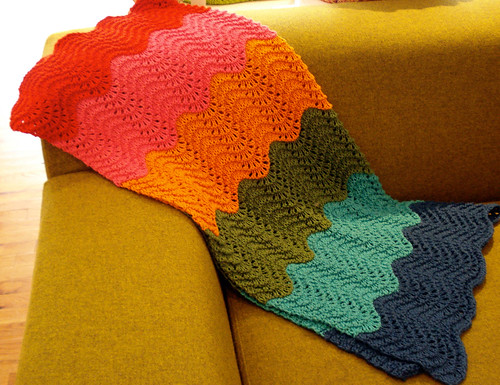 Greetings from Detroit- or at least the suburbs of Detroit.

I don’t miss living here but always love coming back to visit.

Anyways, Dave “The Blanket” Perkins has a very interesting article on sports betting in today’s Toronto Star. The gist of the article is that the government is forgoing tons of potential tax dollars by not decriminalizing single game sports betting. The argument is that tons of people bet online and that revenue to the current Ontario sports betting platform, Proline are way down.

Here’s the most interesting part of the article in my opinion:

“Put large, comfortable Vegas-style sports books in casinos — and also in racetracks, where a cut of the proceeds could help save a game hard hit by Internet bet poachers. Then stand back and watch both tourists and money roll in.

You can’t get a hotel room in Vegas on Super Bowl weekend, or during much of March Madness. It would be the same here: Tourists would flock to bet sports. Between legal and regulated Internet gambling and sports books — what they call clicks and mortar betting — governments would score big-time. Godfrey estimates “half a billion to a billion dollars the first two years.’’

I agree that sportsbooks would be popular. I am just not sure the analogy between Las Vegas on Superbowl or final four weekends is comparable with what could happen in Toronto should we get sportsbooks. Do you think people would flock to Toronto to bet on games?

I am not being cynical, I don’t think, I just don’t see it happening. That’s not to say that local casinos aren’t busy or doing well. I just can’t see a large group of guys heading to a GTA based casino to watch the superbowl. I could be very naive.

Speak up sports betters, is The Blanket right?

The Blanket’s article is here

Flock? Hard to say but it would be huge…Niagara Fallsview and Toronto. There was an idea some time ago that would have hotels and casino built on the CNE grounds….It would be a cash cow.

Never mind single game betting, how about allowing two game parlays on Pro Line, which you do not even have to decriminalize, as Atlantic Canada has instituted it for a while now.

Godfrey is full of it, as if he feels so strongly about it, and wants to keep the dollars here and off-shore, he has an avenue today that would instantaneously increase the handle the OLG takes in. Godfrey is displaying an incredible amount of hypocrisy by on one hand lobbying for single game betting and at the same time not allowing two game parlay betting, which he has the means to do today.

For Godfrey to run a corporation that pays out only 62% of the take, no wonder you are losing all the action to offshore gambling sites, and deservedly so.

Here are my recommendations for Pro Line in order to increase the take:

1. Allow two game parlay betting while lobbying the gov’t to decriminalize single game betting, but even if granted, still run Pro Line, as there are players that would still prefer to play that way, or combine it with single game wagering.

2. Stop limiting the amount bet on combination’s that actually pay off decent returns. You look foolish by doing so, and in the scheme of things, turn off the smaller betters that get pissed off by not being to get their $5 plays in.

3. If you decide to pull a game because industry odds have changed, do not pull the entire game. You can still leave the game up for a total bet, while not allowing betting on the side. You look mickey mouse by doing so.

Since you are only allowed to bet $100 per day per retailer per game i.e. Pro Line/Point Spread/Pro Picks, would it not make more sense to come up with $ wagering amounts that actually make sense. The $15 wager, something I have been lobbying for 15 years now, is still not available. You can easily remove the $100 wager and replace it with a $15 wager. If somebody wants to bet $100, let them fill out two fricken tickets. Instead, you have to make two tickets to total $15 the way it is set up now.

5. Since the beginning you only have space for 99 games on your gamelist. Considering that you are about to add the NBA, have multiple other sports going i.e. NHL, NCAA football with NCAA basketball coming later, soccer, CFL, NFL, MLB, etc. there is no excuse for you not to be able to have more combination’s available in this electronic age.

6. B.C. has instituted online Pro Line sports betting, and although they have had some problems i.e. personal information being disclosed accidentally, they will work the kinks out and it will be a benefit for players to do from the comfort of their homes. Of course, at the same time, you should ALWAYS have the option to play at the stores, which are set up for it, and ecncourage the recreational players.

7. Raise your limits. Yes, I know, it is for recreational use, but you have no limits on how many Loto Max tickets you buy, or poker for that matter, so why bother with Pro Line. How hard do you think it is to buy Pro Line tickets at multiple retailers to bypass your silly limits, and even so, do you think it would ever stand up if legally challenged and you would not pay out?

8) Fix your bloody machines. For years your hardware is so messed up that it can’t read the first line of a Pro Line ticket properly, and is unable to scan it. This means that you often have a 4-game ticket that only has 3 games on it. This has forced players in the know to skip the first line when filling out a Pro Line ticket. Additionally, if you have a game #85, the scanner may only read it as game #80, or game #5, so yes, it is buyer beware, but it does not exactly endear you to your customers when they go home and realize that a ticket that they filled out correctly was not printed out properly. This is a massive cover-up by the OLG, as they are aware their machines are all screwed up, but refuse to replace them all due to the cost. Their should be a class action law suit on this, as the OLG knowingly accepts this, somewhat like the car companies that accept a certain # of deaths and pay out, rather than proactively fix something.

9) Have your so called “Customer Excellence” department actually know something when you call in. If they are unable to answer the inquiry, and are asked for a superior, do not blow the customer off by telling them that someone will get back to you, which they don’t, or if they do, it just regurgitates the same non-response.

10) Offer more options for betting. Quebec has just added numerous new betting options, and Ontario has been so far behind in terms of providing us with anything new. Let’s hope the NBA really does come, something that the OLG dealt away eons ago so that the Raptors could come into existence. Today the NBA holds All-Star games in Las Vegas, and of course, this does not apply anymore.

Regarding Perkins, he is totally right and you are being totally naive. You are not a gambler, so it is hard for you to understand the psyche of a gambler, and the appeal. If the government would do what Perkins proposes, it would be a license to print money for them. We are not talking about a hicktown here, we are talking about a major metropolis with the infrastructure to handle it. The types of gamblers thought that would be attracted would tend to not care for the tourism sites, restaurants, etc., they would be here strictly to gamble in a comfortable venue, something that Toronto can easily provide.

I believe Nevada has privately owned casinos, with government oversight and regulation, but not with the government actually in the business themselves. Just about everyone seems to think this is the best type of system. But that is almost certainly NOT what Godfrey wants, as presumably he would want the present arrangement to continue, with the government (through OLG) owning and running it, and excluding private enterprise.

I don’t know or care if sportsbooks would be as popular here as in Vegas, but who cares as long as it would be privately owned businesses, and not the government with our money, taking the risk of failing?

Canadians get the dishonest system we deserve. We have a stupidly naive, childlike trust in authority — government and police — when it comes to so-called vice businesses.

It should be plainly apparent to everyone that we have reached a point where the outdated existing criminal laws from the Victorian era are not enforced in any more than a minimal token manner. Vice businesses (gambling operations, prostitution operations, marijuana, etc.) are kept officially illegal, yet through a general lack of significant enforcement, are in practice largely tolerated. All this does is ensure that the business remains in a somewhat underground, unregulated no-man’s land, and in the hands of criminals who have little or no incentive to operate in an honest manner responsible to their employees, customers, and general public. You’d think we would understand this through our own history of the failed attempt at alcohol prohibition.

And the important corollary that Canadians naively do not understand, or are afraid to talk about, is that this dishonest system of keeping the largely unenforced laws in place unavoidably enables police corruption. Police either become involved in running the supposedly outlawed businesses themselves, or get paid off by those who do, while selectively prosecuting their competitors. You get corrupt two-faced cops and politicians protecting their turf by stridently arguing against decriminalization, with fear-mongering about how getting rid of the laws they already don’t honestly enforce will somehow lead to anarchy.

Australia is a good example of a country otherwise similar to Canada, but far less naive on this subject. Look up the Fitzgerald Inquiry of the late 1980s in Queensland for an example of vice cops found to be paid off for turning a blind eye to supposedly illegal gambling operations (and the supposedly outlawed brothels operating under the ridiculously transparent front of “massage parlours” — but surely those don’t exist here, right?)