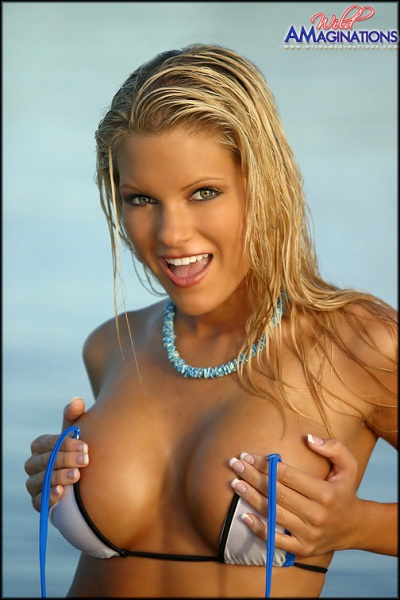 Interesting guest host and crew- one has to wonder- or at least I do, if this is the future look of PTS one day….

Interesting indeed. Brady, Grange and Arthur are all guys that I think will lead the way during this decade.

A year ago, I’m not sure anyone would have foreseen Greg Brady subbing for McCown on Prime Time any time soon.

You mean back when they had an incompetent Hogan with the insight of a 15 year old water boy?

Other than Krystal the roster is solid. Brady was great on PTS in my opinion, with and without others.

He is THE only personality on the fan that could ever be a realistic possibility for the PTS job. There is simply no one else currently who could come even close to him covering the “big picture issues”.

And that brings me to my last point, about how ridiculous it is to criticize bobcats knowledge of the details of sports teams and the like. His show is specifically designed to tackle the “big picture” of sports, and he really doesn’t need to know the lines of each and every team.

I thought that the round-table on Thursday was lots of fun to listen to. You could tell that the guys themselves were having lots of fun, since they were laughing all the way throughout and were jokingly trying to undercut one another with witty remarks.

Brady is quite good. The only minor point that of criticism that I would offer of him is that he sometimes keeps talking and doesn’t give his colleague time to respond. Listen to the start of Wednesday’s show, when he asks Grange three questions and then changes the subject three times before Grange can respond. Other than that – which just stems from being to frantic, I think – he’s pretty good.

I agree with you about McCown, James.

There are plenty of times I’ll hear McCown talk X’s and O’s in a misinformed way. But it doesn’t really bother me. I listen because he’s entertaining and talks big picture.

I also agree that Blair/Brady/McCown is a very good stretch of shows.

One thing Kollins did that doesn’t get spoken of much is shorten the length of updates. I love that move. Remember shows used to start at about 7 or 8 minutes past the hour sometimes? Terrible.

But yeah, Krystal is a question mark at best. And I can’t stand the PTS replay hour.

They shortened the updates by what, about a minute? Now you know that if it’s :14, :34 or :54 you’ll be tuning in just in time to get a motherlode of commercials…and if the clock in the car is approaching those times I don’t even bother. I can’t understand why the 680 News sports reports are longer than the ones on the Fan. The Fan needs to ditch one of those updates and do two three minute ones at the top and bottom of the hour.

Personally I am less a fan of Brady every time I turn him on. I am neutral about Blair and don’t listen to Krystal. Stellick’s show is disappointing. The mileage he’s gotten out of a short-term job as a GM is incredible, but I think he’s too far removed from it to be a cutting edge insider anymore.

My Fan listening time is at an all-time low and six months into the changes I am probably only checking in a couple of times a week in the car on the way home.

I just returned from Vancouver and I listened to the podcast of this roundtable on my flight…………..it was an entertaining roundtable, very lively…………..it was nice to hear a change from some of the older voices we usually hear (Kirke, Shannon, Deacon, Perkins, etc)………….I got some strange looks at me from other people on the plane when I laughed out loud a few times, especially when they were talking about making fun of a kid who wears a Leafs jersey with Kessel’s name on the back

On a separate podcast I heard Blair say that he will be voting for Larry Walker for the Baseball Hall of Fame but he wouldn’t do it if Walker wasn’t Canadian…………..in my opinion he loses a lot of credibility when he says and does things like that………….when you add this to his “I didn’t vote for Gary Carter because I didn’t like him” stance someone could easily make a case that his vote should be taken away permanently

I only caught bits & pieces of 590 as a whole this last week…hopefully people getting to hear large doses of Eric Smith and Roger Lajoie make people realize what the Fan used to sound like before the radical changes.

As I’ve always said, some of you who bitch and complain about the station now can’t possibly tell me you’d rather have Don Landry, Mike Hogan, Jack Armstrong, and others back in more prominent roles.

Blair has been a very pleasant surprise. I was skeptical he could carry a show on his own, but and yes, sometimes it’s a little elementary topic-wise (ie. “Have you given up on the Leafs?), but it’s more interesting than what Hogan provided with or without that imbecile Mike Toth (brilliant call, Millman), or what Eric Smith would provide solo.

As for PTS and McCown, yes, Brady’s a logical fit in there and yes, sometimes needs to dial it down and let others speak — McCown is excellent at that. But everything I’ve ever heard is that Brady has no interest in that timeslot, and McCown is still real good at what he does and is going nowhere, probably for 8-10 years (he’s 59, I believe).

The logical fit is Brady in the morning as TSM has mentioned before. Brady with Arthur, Brady with Lang, you name the fit and it’s a big improvement on what’s there, and obviously brings a lot of credibility back.

Having said that, though I wouldn’t have put Krystal in mornings to begin with, I don’t think they should move him out/fire him. No need to do anything until after the spring book and I doubt they will, but if you keep your ear to the ground, Keith Pelley and Scott Moore have basically been horrified by what they hear from Krystal and his morning show. I can’t say I blame them. Eventually, they’ll make the call to change it.

An issue certainly would be if Brady in some form or another goes to mornings, where the natural fit is so obvious, does he keep doing HockeyCentral. It strikes me that’s not the easiest show to find a host for, and given what happened, I doubt Daren Millard comes back, but stranger things have happened.