Sorry for the delay, between being away, the 24 hour drive back and well, to be honest, the difficulty of making the final choice, I’ve been busy. In any event, a winner was indeed chosen. The 2010 (and first ever) Toronto Sports Media main stream media sports personality of the year is…….. 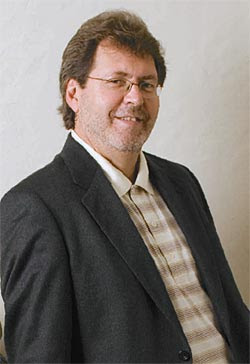 Many of you get it right when it comes to Mccown, he may not be the x’s and o’s analyst. He may not be the smartest, or most entertaining. However, in this market Prime Time Sports is THE show to listen to. Without exception, when sports news breaks, you can be guaranteed that Mccown and PTS will have the absolute right people on to talk about it (hence the PTS crew part of the award).

I say this too often, but back in the pre 9/11 days, Tod Koppel was the guy in news. No matter what the story was, Koppel and Nightline would interview and cover the story. It was must see TV for anyone interested in the story.

PTS (and really only when Mccown hosts) is the same thing to the sports fan in Toronto. Doesn’t really matter the sport, or the location, they get the best guests. Not only that, Mccown is the best sports radio interviewer in town too. He asks the questions you want asked, he listens to the answers and lets the guests responses guide the interview.

So while we have to put up with some lame co-hosts, guests and shenanigans, it’s well worth it.
Mccown remains the man and in 2010 the standard remained the same.

Mccown received the most votes and the most first place votes in my informal, unscientific polls. He is respected or at least recognized by nearly all of those in the business as being the Cadillac.

In second place, in the polls and this really surprised me was James Duthie. By a far margin Duthie, who’s excellent work during the Olympics may have really helped his profile, got the second most total votes. When I say I am surprised I mean no disrespect to Duthie, it’s just I, personally wouldn’t have thought so many of his peers respected his work as much as they obviously do. Congrats to Duthie, who I am going to start paying a whole lot more attention too.

This has been a really fun little project and at the urging of many of those who read this site, I will try to do a regular who is up, down and sideways article on the MSMers serving this market.