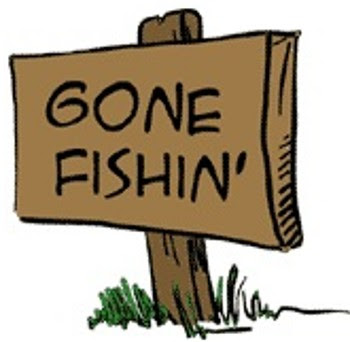 I had the chance to speak with Bill Hayes this evening.

Bill was clearly taken by surprise by his dismissal and told me that he wasn’t given any explanation as to why the decision was made. Hayes told me that he got along really well with Watters, often driving Wilbur to work.

This is clearly a surprise move by the folks at 640 Toronto. Hayes took over around Labour Day. If this was a performance issue, they certainly didn’t give him much time to rectify it. It’s impossible to see how they let him go based on 1 book. Not only that, Hayes was a fill in for Greg Brady, he’s been around for a long time. When they hired him, they knew what they were getting. It’s not like he suddenly became something new.

Perhaps the move was financial. However that makes little sense. It will be fascinating to see who replaces Bill as the host of the Bill Watters show. Who is going to take over? Watters can’t drive the show himself. He needs a co-host. That co-host won’t work for free (unless it’s me and I don’t know it!) If this is a cost cutting move, they still need to pay someone to do the job. How do they save real cash if they still need to have someone do the job? What kind of savings are we talking about here. The old adage is true, you get what you pay for. If they go with a bunch of fill ins, what kind of show will they have. If they thought ratings were bad before, who the hell will listen to Watters and flav of the day?

This appears to be further evidence of the identity crisis over at 640. If they are really into the sports thing, they need a strong host for Watters. That person will command a salary. If they aren’t in the sports game, then why have Watters at all? I guess we will learn more over the days and weeks ahead. I’ll say this, if Brian Hayes gets this job, I would love to be a fly on the wall. Son gets gig of fired father. At that point I will have to say I have seen it all.

Didn’t their ratings pretty much stay the same in the first book with Hayes? I guess they have less competition now that PTS is over at 6, but still..

After only a few months, it’s a strange move. Why go with him in the first place? They knew what they were getting.

I found him hard to listen to at times. (How do you get a job on air in radio when you stutter? He could never string two or three sentences together without stammering – That is hard to listen to). Too many softball questions, not a great interviewer…

He was once a sport news reader (CKFM?) and did that quite well, he isn’t suited to be on on air personality. He worked with his brother at Q and he magically became a “personality”. A likeable guy, just not a radio host type.

Steve Koulias was considered before Brady got that gig, he was gonged from the score shortly after Bill Hayes took over. Maybe the got Buyer’s Remorese and Koulias is avaialble. I think he has a part time gig lined up at TSN2. Does he have time to do a radio show too?

Does anyone know if he is gone completely from Corus or is it possible he will go back to Derringer’s show on Q107?………….since Derringer is his brother I wonder if he talked about the Hayes dismissal on his show this morning

I do like his son Brian Hayes, though I don’t see him as a great fit for Waters but you never know….and yes, that would be somewhat uncomfortable.

watching 640’s decisions this past year has been beyond frustrating. with the turmoil and miscalculations at the FAN 640 had an opportunity to improve their standing with toronto sports fans. i’m not even sure they are trying anymore.

the Watters numbers, while less impressive than McCown’s, confirm that there is an appetite for an alternative to PTS. TSN Radio can’t come soon enough.

I stopped listening because of him. He was a terrible interviewer. He would stutter his questions, most of which were ridiculous. He was the master of stating the obvious and did not offer any insights to most topics. I dont even think Watters could take much more. Now that he is gone I will listen again.

Listening to Bill Hayes was like listening to Mel Tillis. I’m surprised they used him in the first place. I much prefer the current co-host.

Sorry, but I have to agree, his stuttering was painful to listen to. I actually felt bad for him and wondered why he was hired for the job. Many days I changed the station.

Bill Hayes possesses a great sounding voice but his halting speech was SUPER annoying. He often got extremely defensive in debating the relative merits of this or that player, this or that decision by a sports body with his guest or co-host and had a terrible habit of signing off to every guest with ‘thanks an awful lot for this’…He ‘awful lot’ way too much and I was frankly surprised he lasted as long as he did

Agreed. Great voice but awful if it’s not written on the page. Another annoying as hell stammerer is Stephen Brunt

Agreed ) but Brunt isn’t annoying to me…his questions are insightful, he’s super informed and doesn;t sound like a trainwreck about to happen…Hayes made me anxious like I was about to hear someone loose it on-air…can;t tell you how many times I tuned out because of Hayes…

I’ve been wondering where Bill went….finally remembered to check online….! Please get someone other than Bryan to join Bill Waters. He seems more into football and baseball..I really liked listening to Bill…not sure what went wrong….good luck to him…where ever he ends up!

Good for Bill. I wouldn’t respect anyone who just takes a licking and keeps on ticking in the name of a paycheque; all he was during his tenure was serve as a punching bag for that curmudgeon Watters who constantly has delusions of grandeur about his haydays in the Leafs organization.

SCREW YOU, Watters. You’re as bad as Nick Kypreos who’s holding on to the days of yore that aren’t worth mentioning in a fleeting moment nevermind every 15 minutes every day you pompous bastard.

Shocked that they would fire him since he is related to John Derringer. Even more shocking- his son Bryan taking over for him. Watters show has suffered since Jeff Marek left. Brady was a decent fit with Watters but the show has really suffered since Marek left. Watters takes vacation at odd times especially during the hockey season. Can’t stomach McCowan and his soft questions for Burke.

I didn’t know his relations to Derringer and Bryan Hayes – small world. But he was uncomfortable to listen to. The biggest sore point for me was his continuous insertion of “I mean” into conversations, even punctuating the end of sentences with it. Inexcusable for a broadcaster of his age.

I hope they get rid of Brian Hayes SOON, so painful to listen to. “The Sindey Crosbie’s”, “the Wayne Gretzky’s” oh God I hate it when these self important dopes pluralize single people, gives me creeps, and other statements like “I was cliped with the flu” give me a break, what a useless d bag Brian Hayes is.

Yes! Brian sounds like so many other radio-heads…tough talkers who speak in jingoistic cliches and have no sense of irony with their ego. The Fan is not immune to this…can;t tell you how many times I’ve yelled “Oh, shut up!” to Jeff Blair and changed the station. He is my most hated on-air personality.

I miss Bill – I loved him on Q and was happy that when I found out he left it was to go to a station I already listened to. But I don’t think he was a good fit with Watters. And now Bryan Hayes has left for TSN … wonder if 640AM is having problems keeping people with Watters. LOVED Jeffy they best though