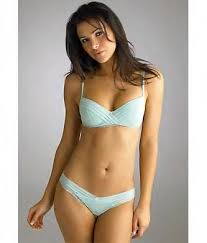 Today on the Bill Watters Show: Thanks to Mike S.

Jerry Rice is making the rounds.

I didn’t listen to Watters but did listen to PTS, and even though McCown tried this new deal with AA I think there’s more to it then what is said about this new Napoli deal (maybe he didn’t want to play here) The first deal I can maybe accept player vs players. But with this new twist I don’t understand it at all.

So all the Jays media apologist who said the first trade was fantastic and the guys coming back were great and will be starters, how fast are we going to hear that Napolli wasn’t that good.

I don’t think anyone thought Napoli was much of anything. I think people were amazed the Jays got back two serviceable for Vernon Wells though. And rightly so!

Yeah, no one was much excited about Napoli and Rivera(sp?) to be honest FMT. The main excitement came from the fact that not only did AA trade the craziest albatross in the MLB *without paying any part of it*, but he did so AND got back 2 players who at least are pretty decent.

If you compare stats (as I think ESPN or SI did), the two guys actually are pretty close to Vernon’s recent years. So its amazing that AA basically chopped off 20 mil from his payroll…..not for cheap, not for free, but for actual profit…

I’m not ready to anoint AA as GM of the year just yet.

I want to see what this team does with the money — if anything.

Until those moves are made, this is just a shell game and I’m not taking my eyes off the table.

I couldn’t care less whether the Jays save $50 million or waste $50 million. This is not a cap system.

If the Jays use that money to become measurably more competitive then AA will get his props. Until then, as of right now, the Jays are worse than they were last Thursday and that is ultimately the only standard by which you can measure a GM.

Don’t get me wrong — I’m not saying that any conclusions should be made. I get the idea of taking two (or maybe $64 million) steps back before taking steps forward.

But I’m seeing a lot of glee here over this move and, so far, I just don’t get it. The Jays haven’t seriously gone after a free agent since…what, Frank Thomas?

That’s fair. But, it’s not just the Toronto media and fans singing AA’s praises. SI’s Jon Heyman has named him the #1 star of the winter:

Daniel: Point taken, and I’m not trying to take anything away from him. I think the Angels made a desperation move and AA exploited that, as any good GM would do.

I have no probably believing that the Angels’ GM Reagins tried to take advantage (again, as any good GM) of AA’s inexperience and desire to get praise for unloading the Wells contract in and of itself. In other words, I figure they dangled something pathetic at first, just hoping that AA would lunge at the chance to ‘please his owners’ by getting rid of the contract.

If that’s the case (and I can’t really imagine it being otherwise), then full marks to AA for using his leverage effectively and actually getting something serviceable in return. Everyone know that simply getting RID of the Wells contract was an accomplish in and of itself.

The other thing that AA should be complimented on is that by getting something valuable back from the Angels, he didn’t insult Wells or alienate himself from the other Jays who he has to deal with all year. Players trust players and management is evil. If AA tried to do an end run around Wells here, there’s no doubt that the stench of it would have filtered back to the Jays clubhouse and would have infected relations with other players. To them, Wells is a hero for scoring a $100+ million dollar contract, and has helped inflate salaries across the board. There is probably a shrine to Wells at the MLBPA.