A Lie Is Only a Lie. 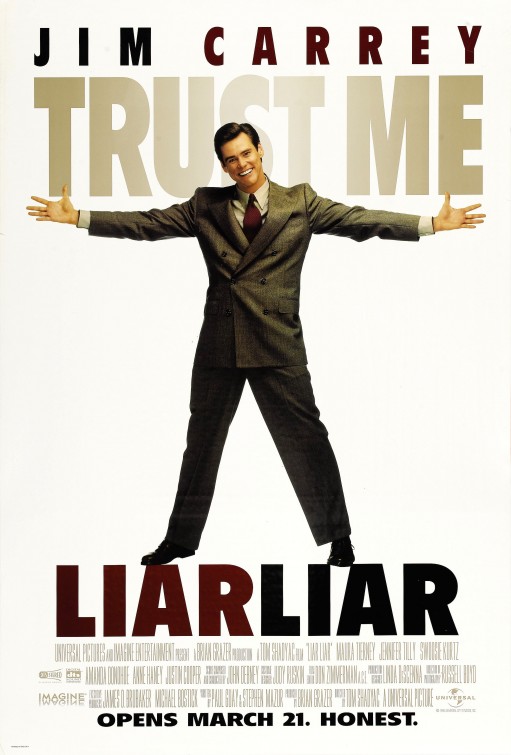 Ahhhhh, J.P. Where for art thou?

I had to laugh this morning at the number of emails and text messages I got that asked for my opinion to the latest column in the Globe and Mail on happenings in sports media.

You know who wrote it? He of the $10,000 bond for bloggers, and who thinks that bloggers needs to identify their biases?

“In an exclusive interview with Usual Suspects.”

Exclusive? There is now one guy who officially covers sports media for mainstream media Canada, and he is the guy reporting on the story!

Who else would Richards be talking to?  I mean, the author is based in Calgary, he writes for the Globe and Mail, who else is knocking on Richards door to talk to him?

“Bob McCown of FAN 590 has done much good journalism on the Phoenix Coyotes sale. Wednesday was not one of his better days, however.

As has been reported, McCown declared the public bond issue – upon which sale of the Coyotes to Matthew Hulsizer is predicated – to be dead. Only to be told subsequently by NHL deputy commissioner Bill Daly that the issue was still alive. (Maybe in the sense Ted Williams’s head is still alive in a cryogenic vault, but nonetheless alive for the moment.)”

The first thing that popped in to my head is, just because the NHL says so, it’s a given that it’s the truth?  How many times has the NHL said something, only to know the exact opposite was true when they said it?

Look, McCown is a better radio host/interviewer than he is journalist.  However, when it comes to these business type issues, I am betting on him as opposed to the edict coming from the league office.

McCown, by the way, opened his show today with a direct response to the Globe comment.  He said the exact same thing.

“Everyone can make a mistake jumping the gun (McCown’s soon-to-be co-host Damien Cox can empathize), but it begs the question: How would this play out if TSN Radio was already on the air?”

How great is that jab at Damien Cox?  You remember Damien right?  Yes you do, the guy that the author from the Globe has threatened to sue for defamation!   I mean, come on.  Who was it again that erroneously reported that Damien (may) go to TSN, only to then suggest that it was his very own work that kicked-off the apparent about face?  Uh-huh, that is what I thought.

For those who asked for my comment and/or response, here you go: It’s a joke.

There are a tonne of reasons and ways one could go after McCown.  He’s a big target. (Hello, “Sundin to the Rangers”.)  But this isn’t one of them.

The dig at Damien, however, is a cheap shot from the sidelines, and an attempt to make oneself relevant.  It’s too bad that Zelkovitch isn’t writing at the Star on this stuff anymore.

Want to read the Globe and Mail article?

I know this is off topic, but this:

“(Maybe in the sense Ted Williams’s head is still alive in a cryogenic vault, but nonetheless alive for the moment.)”

Made me spit coffee out on my desk.

I’ll have to bill you for that.

Thanks for bringing this wonderful piece of humor to my attention TSM, as I generally stay away from dowbiggins articles at all cost.

He is an embarassment to journalism and as you say a joke, there is nothing else really to say beyond that

His jealousy and envy are so obvious it’s actually hilarious, especially when he is so desperate and envious of TSM (whom he would ostensibly deride as a nothing blog that he doesn’t even read – proving the opposite) that he resorts to using his column to launch jabs and attacks.

In a completely off-topic note: is it just me or was Don Collins (along with Scott Moore) on PTS to talk about changes for the first ever time?

And…BEFORE they even happened or were announced…

TSM, someone had to say it and I am glad you did…

I miss the Star (Zelkovitch) articles too. Frankly, I have a hard time understanding why no media outlet in TO would have someone writing about this impending massive war between TSN and Rogers. It will be awesome.

Do you thing TSN could convince ESPN to forbid their talent from being on Sportsnet Radio? That could be HUGE!

Usual Suspects has become a non issue or read.

when your column prompts people to come out in support of Damien Cox then it’s time to sit down and seriously consider the possibility that you are horrible at your job.

one has to believe that internal discussions are going at the globe regarding a replacement for the usual suspects. with the looming media wars they probably want to have someone more credible in place as their media critic.

I have been blasting Dowbiggin weekly – and I keep getting jumped on by two or three readers who seem to feel sorry for him (almost pathetically, as if I have been picking on a disabled peson). I enjoyed reading Houston and Zelkovich, but they are gone. The column could be interesting with a good writer

He is terrible (writing style, content) – He is constantly wrong and his opinions are out to lunch. Biggest question: How did he ever get that job? The bi-line says “Special to the Globe”. Does that mean he’s through as a regular employee?

I used to not mind Dowbiggin – he seemed bright and was articulate about sports, not the usual media hockey puck. Over the past few years, however, it’s been hard to ignore how his apparent bitterness is driving his work. Yesterday’s column was a laughable new low.

Dowbiggin has, and always has had, a massively over-inflated opinion of himself. For what it is worth, you can bet your legal career that he is absolutely livid at someone taking shots at a) his credibility (justifiably in your example, the guy is drinking buddies with Richard’s for crying out loud; he could have declared that with a simple, “I’m slightly biased about Mike because he is a personal friend” but…) and b) his relevance (he won a Gemini, ya know!).

Anyone know how dowbiggins keeps his job? Has anyone see a positive comment about him? I hope his bosses aren’t of the opinion “he gets a reaction, that’s what we want”….that makes them no better than the Star or Enquirer….Dowbiggins must GOwbiggins.

I always thought it bizarre that Houston was merciless on sports journos who were accused of plagiarism, and then he was replaced by one of those very writers who was so accused.

I wish Houston got the blog going again, although he sure went off the deep end in his final days…

Here is an Idea…
Put both Dowbiggin and Krystal on Sportsnet 1
Then no one will know they exist!!
Oh and add Richie Rich & Shannon also…….

Cannot believe all the media fighting. To quote Bii Lee in 1973 after a Boston Yankee bench clearing. “they fight like a bunch of hookers swinging their purses,”
Who cares! If you don’t like them, don’t read them!

@ The Zeb LOL yeah that collapse of Houston’s sanity was pretty amusing although many of us were at the receiving end of his vitriol even as readers.

the Houston trainwreck would have been funny if it didn’t have the signs of early stages of Alzheimer’s. Houston was outstanding at his job and it must have been crushing to be replaced by someone as professionally lazy as Downbiggen. i wish Bill the best in his retirement.

i find all the fanfare about McCown’s show going to SN1 a little perplexing. do people actually sit in front of their TVs and watch a radio show? What value is there in watching a guy take phone calls for an hour? How much is Rogers charging for SN1, given that its content consists primarily of darts, poker, and a radio show?

Mike (in Boston), I watch PTS on TV. I record it on my PVR and can fast forward through the segments I find uninteresting. I have a short walk to work so I’m not stuck in my car or on the streetcar/bus listening on the radio. Sometimes it’s fun to see the reactions of the hosts & guests to whatever the topics are. On those days when phone calls are taken I’ll probably fast forward through that segment unless it’s a topic that McCown usually rails on about.

Zelkovich still works at The Star but only writes about sports media occasionally and his blog was discontinued…………..he made it sound like it was the sports editor’s decision to move away from sports media coverage.

When there is a disagreement between Dowbiggin and McCown The Journalist it’s hard to know which side to take………..Dowbiggin is lazy and annoying but McCown’s batting average as a journalist is awful……………as I have said before, the Bobcat should stick to being a talk show host and leave the other stuff for people who actually get things right more often than not

M (IB) – don’t forget that SN1’s primary content during the summer led to fiasco this past year with Jays games getting shuttled between SN regional affiliates (accessible to most people in their respective viewing areas), and SN1 (only accessible to Rogers customers who get at least the 2nd tier of cable channels). This essentially shut out a good chunk of Canada, especially Southern Ontario (Oakville/Burlington/Hamilton (I think) & some areas east of Toronto) that is not serviced by Rogers (stupid CRTC not allowing all cable companies access to compete in all regions).

Regardless, McCown is an upgrade to the endless parlour/pub games that is the SN1 content during the Jays off-season…I don’t mind having the Premier League content, as it’s nice to see club soccer gaining some traction in Canada, even though I am not a huge soccer fan.

My guess (uneducated as it may be…if others have more insight, please correct my thinking) is that Rogers originally…maybe still?…envisioned SN1 becoming “JaysNet”, or at least the station where they would carry the “A-list” live game broadcasts (baseball, hockey, football), while leaving 2nd tier games and poker to fill airtime on the regional affiliates. I believe their egotistical way of thinking led them to believe that Jays fans who were not serviced by Rogers Cable would rise up en masse to insist that their carrier (Cogeco, Shaw, etc.) sign an agreement (i.e. fork over the $$$) with Rogers to carry SN1. It seemed to backfire, at least somewhat, in 2010.