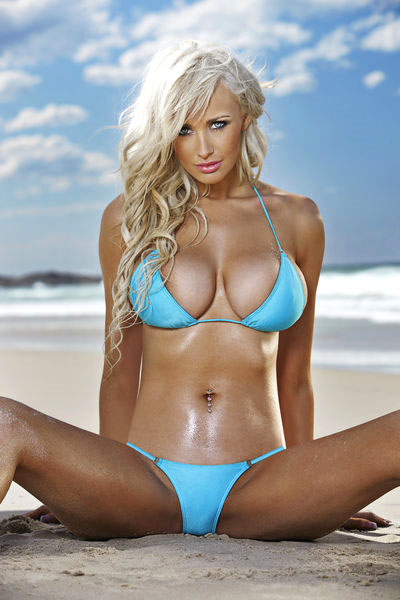 Is it true that 590 did not cut away from their McCown replay to cover the Versteeg trade when in happened just after 6:00 PM on Monday??……………if so, that is hard to justify…………but it wouldn’t be the first time that some news broke during that hour of the day and 590 stuck with the PTS replay

They actually did cut away to talk about the trade on Monday.

Someone needs to tell Damien to shut up. (in a nice way of course) He has a bad habit of trying to prolong segments when Bob is trying to finish it off and go to commercial break. It’s starting to get annoying.

Chris I haven’t noticed that at all and I’ve listened to the entire podcasts of all the days he has been on.

But it does seem a very odd thing to complain about – if anything wouldn’t it just mean commercial break is cut down or delayed a short bit?

You love commercials that much? (tongue-in-cheek…hard over internet to be sure)

No, I hate commercials but it just seems just as a segment is reaching a natural conclusion Damien tries to stretch it out. Maybe it’s just my mood lately. I’ve been a bit cantankerous.

Personally, I’m enjoying the byplay between Bob and Damien and Damien is certainly better than Mr. Magoo.

Thanks very much to Steve (In Hamilton) for the info about 590’s coverage of the Versteeg trade………….I am currently out of town so I was relying on something I read on Twitter, which turned out to be incorrect

In addition to Mike Richards in the morning they will apparently have Jim Rome’s show and Dan Patrick’s show on weekdays.

They will also have all Argos games

So – syndicated programming all day? That’s not going to switch me over from Blair, Brady and the first hour of McCown.

Sorry – I made a mistake there..

1. Shocked they’re running two syndicated shows. Absolutely stunned. No hockey talk and lots of college football and college basketball talk from 10am-3pm or 10am-4pm depending on how they structure things.

2. Does the lack of an afternoon drive host being announced mean like the 590 morning show 8 months ago, mean they’re having trouble lining up a person ready to take on Bob McCown? As much as there might be holes in McCown’s game and he’s nearing 60, there are two issues: a) if you’ve already established yourself in a big market and can handle a morning drive or afternoon drive shift, why leave to come to Toronto (unless they vastly overpay for you), b) they’re not putting anyone in there unless it’s a)!!!!!!!!!!

3. Early returns says this is a big win for 590. Just as they seem to be ironing out their lineup issues – really outside of Krystal have they made a massive mistake? Blair and Brady seem to have developed a real legion of followers. Brady brought his listeners from 640 (because they sure didn’t stay with Old Man Watters), and Blair has been better solo than I ever thought he’d be.

4. I have to say, for all the 590 bashers (some of you have had good reason and I’ve done it myself), predicting the demise of a 20-year station was foolish. The station’s core is loyal, and the station sounds fresher and younger than it has since I don’t know when. Can they screw it up, sure? Taking Brady off of mornings would be a critical mistake. I think he needs someone in there besides Dunleavy as a legitimate “co-host”, but he’s the guy to save the day, and maybe always was. If he says he doesn’t want the show, open the wallet. It has a way of changing people’s minds. They must have opened it for Damien Cox and I think we’d all argue Brady is a touch more valuable on-air for 590 than Damien (albeit Sportsnet gets more value from Cox).

5. Pat McGroin (not sure with a name like that, his opinions are to be taken seriously) suggested 590 is in huge trouble and TSN had all the momentum. “What Say You” now?

I’ve heard good things about the Dan Patrick Show but it’s not enough for me to switch over from Blair and well….Jim Rome is like nails on a chalkboard to my ears.

Not exactly the greatest way to bring on listeners in the daytime hours.

Looks like Mike Hogan will be moving to TSN if they decide to bring the current Argos radio team to 1050.

@Julian what can I say, my mother liked the name Patrick.

Completely agree with you Julian.

It’s clearly hard to find top of the line, A level, sports radio talent in Canada. Just look at the problems The Fan has had in mornings.

If Brady hadn’t left for the Fan 6 months ago, I bet he’d find himself in a bidding war right now.

In agreement with Daniel and Julian as well on all counts.

I just hope that whatever reason it was preventing Brady from taking Morning job is resolved, as he is perfect in that time slot.

Oh yeah, anyone else find that in addition to the Fan (actually all of Sportsnet for that matter) having a terrible, terrible online presence, their podcast “department” seems to consist of chimpanzees?

Shows are updated completely sporadically and at random, certain shows are done a few hours after completion, some of those are 1/3 or 1/4 the time, some takes a day or two…They can’t seem to get Hockeycentral’s files right and you can’t download half the episodes except on Wifi. And now they haven’t had the Morning Show podcasts with Brady at all. Just to name the examples that come to mind.

Guess I shouldn’t be surprised, but the Fan is really missing out on a big opportunity here. Sports networks and leagues everywhere are rapidly moving to take advantage of the internet and mobile devices – except Rogers it seems.

And in a few years, if they don’t move soon they stand to be completely second-tier as the internet takes over media consumption. Now its just a silly mistake, but eventually it will be a fatal error.

Its amazing that major corporations like this can be so blind and slow to react to such a massive societal shift.

James…………the Brady Morning Show podcasts are available………..I have been downloading them every day…………at first I had a hard time finding them, but here is how I ended up discovering them:

It worked for me, hopefully it will work for you…………..I have also been downloading Hockeycentral and PTS and I haven’t noticed too much of a delay…………in fact I have already downloaded today’s Hockeycentral