Round and round we go, where she stops nobody knows.

While lots of concentration is on the folks over at TSN Radio, those at the old, or shall I say existing sports radio station are still trying to figure out their own lineup.

Plan A was Richards, who is now headed to TSN Radio. Strombo? Blundel? They were amongst others who were apparently in the running. Plans B, C and D? Then as you know Andrew Krystal was brought back from the east coast and snatched from the 9-12 slot where he originally landed and put into the morning slot. Plan E?

Despite what I am told incredibly good ratings vs. the competition, Krystal in the morning was put out to pasture. The morning show is now The Fan Mornings Show with Greg Brady and Jim Lang. Reliable sources told me, and continue to tell me that this move is temporary until a permanent team is found to own the morning slot. Plan F?

Well, as I told you before, the first choice for that slot was Joey Vendetta. It appears that the same problems that plagued the original plan A, the Richards one has stymied Vendetta too.

Sportsnet The Fan 590 is back to the old drawing board. What it all means now, we don’t know quite yet. We will find out sooner rather than later.

Question for you all: I know the media is supposed to be impartial, but since when does impartial mean being overly negative to the point of rooting against Toronto teams? Have you noticed certain members of our Toronto MSMers who do little other than nitpick and highlight all that could and may go wrong with our teams? You know who they are, they pull out all the negative stats, the potential pit falls in their never ending search for negativity. I get media members aren’t supposed to be cheering, but do they have to be so damn negative? Can’t they find a happy balance- true impartiality.

Wow do these two guys look alike or what? 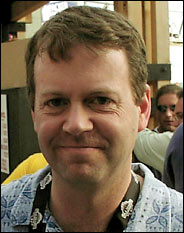 More rumblings from the Fan, we’re told, yet again that Norman Rumack will very likely be back on the Fan airwaves, at nights on weekends. I’m told that another Fan personality will be handling the over-night duties during the week. Should no more in a day or two.

I am hearing more and more that the end of 640 Toronto as a player in the Toronto sports is near. Whispers are abound that it’s looking like when the Leafs are done this season so to could 640 be in sports. With one year left on the current Leafs radio deal, look for the last year to be flipped to the highest bidder- hello TSN radio or The Fan… A couple of thoughts to keep in mind: 1. What will happen to Mr. Watters, who also has a year left on his contract and 2. What will happen to those on the Leafs broadcast? All I know is that suddenly one Brian Hayes could be in demand.

“Is it okay to suggest now that James Reimer may be getting a bit tired?

In this space last week, that very suggestion was made after the rookie goaltender yielded nine goals in two games.

Leafs Nation, naturally, went ballistic. To suggest such a thing, apparently, is worse than invading the Crimea.”

Ummm, no, it’s not okay to suggest that Reimer is tired. It’s nuts and totally ludicrous. This isn’t a college basketball player entering the last couple of weeks of his first NBA season.

No media outlet has done more to improve of late then the Toronto Sun. Most days the sports section is more than 30 pages long. Having said that articles like this by Steve Buffery (and numerous by Lankhoff) make you sometimes wish it were a few pages shorter…

Lastly, keep your eyes and ears on the radio beats. I am told there could be big changes there in the weeks and months ahead.