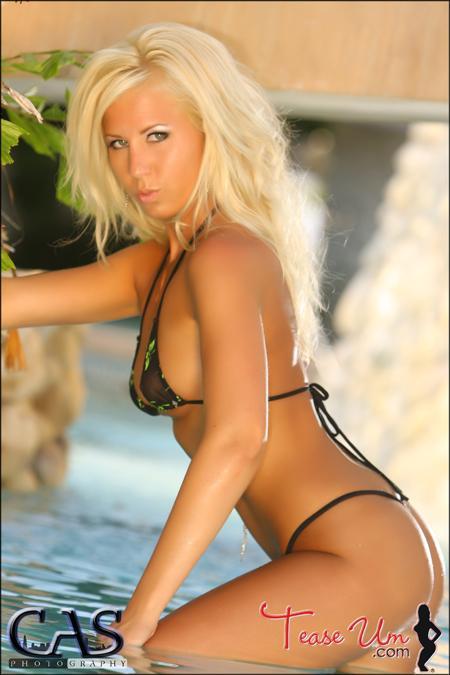 What a great PTS round-table.Bob was right into it and showed that with great round table guests he is the best in Canada.What a difference in his style when he has good people around him.Ahh makes you forget the good ole days with a round-table of kirke,shannon and whoever was delivering the coffee that day…
Did anyone else catch that when Bobcat made a complement about the guests Brunt said “we should go to 7” humm was that a hint PTS might be going back to where it belongs 4-7?
Without doubt kollins is not making decisions anymore.

I would be surprised if Kollins wasn’t making any decisions anymore…………but the major decisions of the last few weeks (signing Cox and putting him on PTS in place of Shannon, dumping Krystal from the morning show, etc) have Pelley and/or Moore written all over them………..the arrival of TSN Radio has definitely raised the stakes when it comes to sports radio in Toronto

I was glad that Bob didn’t continue with the childish women in sports segment. It was really juvenile.

Don Kollins is tied to Krystal. Both, eventually, will be tossed overboard.

could not agrree more with all of you….
I read on the MediaCaster wed site Rodgers and MSLE has siging a agreement for Roger on demand online for Leafs tv and NBA Canafa for additional accse

Can this be the start for the sale to Rogers for MSLE?…Hummm

Steve (in Hamilton) if you’re referring to the 3 PM hour then I agree. Arthur was clearly uncomfortable with the whole thing yet Bob kept nattering away about it. It’s a little disheartening to see the unflattering parts of one’s personality being broadcast throughout the nation and via internet, the world.

Anyways I agree with everyone here. It was a great round table and Bob was on his A Game.

Brunt, Arthur and Grange are as good a trio that there is.

For all the people who want PTS to be pushed up to it’s previous time slot, you do know that means an extra hour of Krystal !!! Be careful what you wish for

I flipped on Watters a bit as I was driving yesterday. He basically blamed the concussed Canadiens player for the hit because he tried to zip by Chara. Then he got really riled up about McCown. He said McCown’s claim that ‘Crosby’s family has suggested he retire’ was BS and went on and on about McCown’s old Sundin to New York rumour.

Watters should not be bitter. He has been “stealing”$$ as a media personality for years.He sees the end of the gravy train coming.

Here is a link to a National Post column by Dave Bidini about McCown’s sexist remarks this week:

It was a roller coaster week for PTS………….many great moments (Goldwater interview, great roundtable, etc) and many lowpoints (sexist remarks, cutting off guest Liz Mullen in mid-sentence, and of course Krystal’s appearance)

I don’t remember hearing Bidini’s appearance on PTS but He’s a really interesting person. I wonder what he’d be like as a regular on the radio.

The worst part is, not only did McCown made himself look like a fool with his comments but for some reason he felt the need to add onto them in a segment with Bruce Arthur before the roundtable when he was babbling about female athletes and their appeal.

Although, I’m willing to overlook it anytime a landmark hockey issue is discussed on the roundtable without one of the hockey jihadis present ie Shannon, Cox, etc.

whatever mixed opinions i had about the NHL/Chara issue disappeared after reading Don Cherry’s quotes this morning.

>i>“How about VIA Rail? What a phoney they are jumping on the bandwagon. And Air Canada, you should be ashamed of yourself. By the way, where are their corporate headquarters? We know where they are — Montreal.”

rather than addressing any of the points made by Geoff Molson, AC or VIA, his only response is to make ad hominen attacks. “how dare you?” is not an argument, Don. late hits in dangerous parts of the rink that lead to career ending injuries sound like precisely the sort of thing that leagues ought to be concerned to abolish. Don’s response is simply an attempt to belittle those who argue for this position, rather than an actual counter-argument.

it’s unsettling to me that a man who displays such little intellect and ability to engage in critical discussion is the face of hockey for so many Canadians.

While I don’t wish to defend Cherry in any way, I think this exemplifies why complex issues shouldn’t be discussed by people who can’t handle (or are unwilling to handle) complex arguments. This applies to the “women in sports” fiasco on PTL this week as well – there’s a serious argument to be made there, but not by people who are in it for the giggle factor or, as in the case of Cherry, those who make us cringe whenever they talk.

As for the Chara hit, a person can make a serious case that what Via and Air Canada are doing is sheer political opportunism. In fact, that’s what Canada’s sports minister did by appearing on Blair’s show last week. Ignatieff did the same – they are all playing it up for the votes in Quebec. Yes, my accusation against them this is, in many ways, an ad hominem attack, but, in this case, I do think that their motivations are important. In fact, Bettmann, while not quite attacking Air Canada’s motives, did double down on them and effectively dared them to pull their sponsorship. I think he realizes that the NHL brings more money to AC than the company brings to the NHL. (And also: MLSE could easily get lots more money with a new naming-rights arrangement for the ACC.)

A serious discussion about these matters – by serious people – is needed. But a lot of people who putt out arguments this week are doing so for the sake of sheer political opportunism.

But there was one valuable part of Cherry’s segment: the visual review of all kinds of other similar type hits on stanchions over the years. As I watched them I was reminded of Mike Wilner’s argument over the past few years that fans often act like 1-year olds, forgetting the past and saying that this new thing is the worst ever. The fact is that the Chara hit was bad, but it wasn’t the worst ever.

The problem is that sports very rarely lends itself to reasoned discussion.

Mike (in Boston) and Steve (in Hamilton) – if you have not seen it – I would suggest you read Ken Dryden’s piece in the Globe. It is probably the most cogent and well reasoned argument I have seen to date. He contends the game we now watch bears little resemblance to that of 50 years as we accepted inevitable change such as the first time he donned a mask in 1965 after being forced to.

It is the antithesis of Cherry’s attack on the corporations who are now voicing a need to increase the safety for players. Attitudes and mores change and evolve, in a year where focus has increased exponentially on head injuries, this may just well be the catalyst.

I am also one of those who think Don Cherry is well beyond his “Best Use Date”. I believe he has become an irrelevant anachronism so I seldom catch coach’s corner but did last night. Aside from his tirade about corporations which was painful, Cherry also showed a design for changing the stanchion, the photographers holes that are still in the glass at the ACC and talked about the decision for suspending Chara being either 0 or 20 games with no middle ground, come down hard or not at all.

It is a complex issue but ultimately one that I believe is served by a healthy public debate in the forums provided by various media. Hockey, at its core, is a hard, fast paced, physical game which I believe is basic to the attraction for both players and fans alike. Whether ad hominen attack for one’s own advantage or responding to a question posed, if it furthers the game such that players like Ovetchkin, Crosby, Savard and others stay on the ice, it serves everyone’s purpose.

i’m sure if his daughter aspires one day to be a professional athlete he’ll patiently explain that (depending on the facts about his daughter’s appearance) either she’s too ugly to play professional sports, or that the only reason people will attention is that she’s attractive.

i guess kicking the dog wasn’t good enough … kicking the broads is the next logical step. go Bobcat!

RE: The women in sports issue…..Everbody’s favorite Greg Brady was towing the company line acpl of weeks ago!
Saying pretty much the same thing as McCown? I even tweeted Jim Lang and asked him if he was comfortable explaining to his daughters that they not only have to be good athletes!!But good looking athletes in order to be popular?

In this day and age where media are being chastised for bringing up the race of an athlete ,these two guys are getting a free ride on the women issue?

I would love to have a women athlete call one or both of them on it!

When a caller tried to call Brady on his comments he went postal on him instead of letting the caller have his say!That is something that McCown had a habit of doing to his callers when ever he was challenged?

I felt real sorry for Bruce Arthur who has way to much class to ever get mixed up in that conversation.

thanks to Cam and Steve (In Hamilton) for the articulate responses to the question i raised. i hope more news comes out this week after the GM meetings. i’m sure there’s more coming on this story.

the star has a comprehensive breakdown of the CTV/Rogers war today. nothing terribly new other than some quotes and small details.