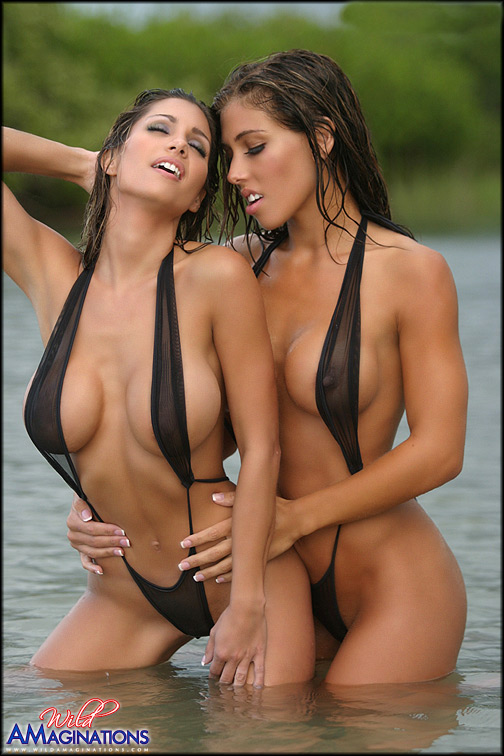 TSN is doing a great job with March Madness (IMO) I heard some dissenting votes being cast but I like what they’ve done with 2 channels to work with – I am not an avid follower, but I think most fans should be pleased. (Cybalski has handled this well and Armstrong and Leo do a fine job) No complaints

The Bikini Girls had a lot more content than PTS tonite.

I agree with Rob, TSN is doing a bang up job. I’ve basically watched so much basketball today that i’m almost sick of it LOL

Oh gosh, I was going to come here with the total opposite view.

Yes having a couple of channels is great. BUT it loses it’s purpose when a channel is constant showing the CBS game which everybody can watch anyway. PLUS where the heck is the ticker? How do you have a first days rounds and not have a ticker showing the other games. Then after the last game they went straight to fishing instead of having a recap/post game.

I thought the Score, even with a single channel did much better and made the effort and always seemed to make an effort to show something different than the main CBS channel.

Tonight there will be an NHL game on TSN, TSN2 better not be just showing whatever CBS game is on.

I love the tournament, one of my favourite if not the favourite sporting events of the year for me, and I am almost at the point that it is unwatchable.

I almost don’t even know where to get started here, but will give it a shot. Firstly, let me say that I would rather have The Score with one channel than TSN using 2, at least some of the time, because hockey still pre-empts coverage.

Here is a list of what I can’t stand, and I am still working on what I like better:

1. No running ticker (brutal for poolies like me)
2. No court surfing of the games
3. Reggie Miller, Leo Rautins – Need I say more

Bottom line TSN runs it like a corporate entity with no passion for the game, only to happy to cut to Sportscentre as soon as the game ends, withina milisecond, and The Score covered it from a passionate fans perspective. Their commentators also knew hoops inside out and brought in a real NCAA coach to cover it in detail. I am at the point now where I am barely watching it, it is that bad, where I would hardly miss a game in the past.

TSN/TSN2 along with the new U.S. broadcast deal with 4 stations contributing, and no longer just CBS has killed the pleasure of watching it for me.

BTW, I love the Bikini of the Days, incuding today’s. The two are mutually exclusive over what McCown pulled on his show in relation to women’s sports, and I have not had a chance to pipe in on the so called irony of it, but there is none, end of story.

RapDev I really like your second to last paragrapyh. it’s how I feel about TSN. They do a good job with NHL and CFL. But with this NCAA, they are giving them hours so I will give them that, but I wonder if the producers have any idea or even watched NCAA broadcast before? Who goes on the first couple of days of the tourney and say Naa people don’t want to know what is happening up to the minute during the most hectic days of the tournament with other game.

At 6pm TSN2 did have a game, but I was wondering what happened in other games, CBS was in news broadcast so the only place to go was The Score of all places lol. I like the coach and guys on the Score panel more than TSN. I really liked how The score cutting in and out of games, even giving split screens at times. You can tell the Score gave a real effort there, TSN just seems to be giving it the time.

To give TSN some credit, they did a slightly better job on Friday in switching among games. But still a bit too CBS heavy, no ticker and leaving right after the last game is stuff that made the broadcast weaker than previous on the Score.