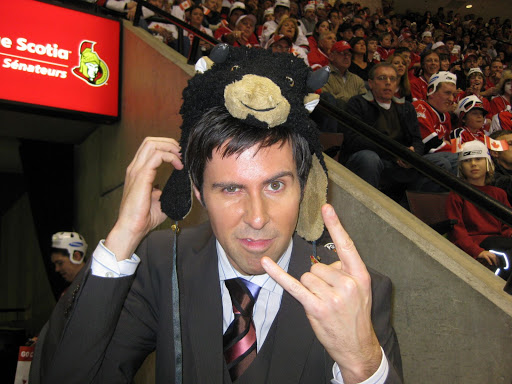 As an April Fools baby, I don’t have to be reminded that April 1 is on Friday and…the launch of TSN radio a mere couple of weeks away. Not a whole lot to report out of the network as there haven’t been a whole lot hirings, at least not that people are wiling to talk about.

So, here’s what I know so far. Multiple lines have been tossed into the Sportsnet Fan 590 employee waters in attempt to lure various types of employees. To date, TSN hasn’t successfully yanked anyone on either side of the microphone. It appears that they have been focusing lately on numerous producers and update people, but to no avail.

The big question for right now is, who will be hosting the drive home show. I have conflicting reports on this. The one name that I keep hearing is in the mix is……

James Cybulski (by the way, I am not entirely sure that is his mug above, however it comes up repeatedly in searches for him)

Cybulski, according to his TSN bio page is no stranger to radio:

“Cybulski graduated from Algonquin College in 1995 from the Radio Broadcasting program, where he began his broadcasting career doing play-by-play and colour commentary for his hometown Ottawa 67’s. After graduation, Cybulski accepted his first job in the industry as weekend news anchor and weekday reporter at CHEZ 106 Classic Rock. ”

While Michael Landsberg’s name keeps getting tossed around the rumour mill, it sounds like Cybulski is the man.

I have heard a couple of different scenarios, the most interesting one had the TSN Radio lineup including a drive home show from 5-7pm. I’ve heard from a few sources that Cybulski will be part of a lead in team to the drive home show (Landsberg?). However, more and more people with knowledge are telling me that it will be Cybulski going mono a mono with PTS.

A little more than 2 weeks from now TSN radio kicks off. I am sure the appearance of confusion from a far is just that, an appearance. So that’s what I have for you right now. I certainly could be wrong, I have always been a fool, or so everyone tells me!

I am told by rock solid sources that the show will be Landsberg & Cybulski likely 4-7.

I am told that an announcement should be coming today.