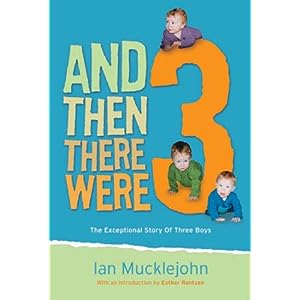 5:21 Marc De Foy, Journal De Montreal Hall Of Fame Hockey writer who was locked out by Le Journal for over two years

On 640 with Jim Ralph and Bill Watters thanks to Mike S.:

You sure the PTS lineup isnt for 6pm not 5pm? Jays are only int he 6th inning and its almost 6pm.

Has TSN Radio been uploading Podcasts of the shows today? Would like to go back and hear some things I haven’t had a shot to yet.

Sean McCormick, is he still at Sportsnet? How would they let him on TSN Radio…

McCormick was at Sportsnet then ran for a for pucblic office in Toronto and lost unsure if he is or not getting back into the sports business… enjoyed his work and would not mind his return..

as for PTS, I realized that Sportsnet Ontario and East got the show at 5pm. SO TV only. West and One both have replays set for later.

I listened to C-Balls (ugh what a nickname) up to about 5:30 PM. He’s trying a bit too hard to be young and hip, throwing a lot of pop culture references however almost all the references are like 15 years old! He does have a good rapore with Naylor and Wheeler so that’s good but I don’t really see any gravitas. I can’t see him tackling big issues or going deeper into stories the way Mccown often does. You’re certainly not going to hear Cybulski and company getting into financial details on stories or touching on the minutiae in substantive ways.

We’ll see how it goes but Bobcat still has a huge quality advantage when he’s on his game.

At first listen, I’m not sure Cybulski would give Hayes and Watters a run for their money, nevermind McCown. It’s a bit much.

BUT – as I said in the previous thread – I really like having an alternative (especially one that does more than hockey). I wish him well. I’m sure it’ll find a groove and niche after a while.

I really enjoyed a fresh new sports station and with all those TSN guys I really think they will give the FAN some real competition. However Richards humour will take getting used to. It almost reminds me Landry in away. I liked the energy of the drive home but does anyone else think Cybulski tried too hard tonight?

Listened to James Cybulski for about 2 mins. Yeah the ‘C-Balls’ nickname is lame and he is trying way to hard. Like Jim Rome but with a more nasal voice. No way will that beat PTS.

:At first listen, I’m not sure Cybulski would give Hayes and Watters a run for their money, nevermind McCown.

I agree with Daniel . I gave Cybulski and Co a shot today, and didn’t like much of anything I heard. His WAY over the top gimmick of “I’m young and cool” was full of fail. If you want to use that act, fine – but don’t do it then use references that are over a decade old. The “416” REALLY?

Just as I was leaving my office today the Bonds verdict was about to come in, so I threw 1050 on in the car hoping to get an update. Now, I know it was their first day and all, and the show was loaded with guests, but you’d think a breaking sports story like this would get some mention. Unless I missed it surfing back to the Jays game, I don’t think Cybulski mentioned it once.

Also, the update guy/producer (wheeler?) sounds like he’s talking with a clothes peg on his nose.

You must had missed it then. I had to turn the show off around 4:30 but when the Bonds news broke around 5:30ish I put my work aside and turned it back on. They decided to talk about it for about 5 minutes or so before bringing Jen Hedger and Sean McCormick on, who were scheduled in studio.

With that said, it wasn’t anything overly substantive in analysis because as they said ‘they didn’t know the legalities of how a mistrial works.’ You know Bobcat would had spent more time and gone a bit more in-depth, even saying the hell with guests if need be. Instead TSN kept to the schedule. But I will cut them some slack, being day 1 I don’t think they wanted to go into uncharted waters.

Guess I did miss it.

I watched the last 30 mins of PTS on sportsnet west tonight as I wanted to hear the Peter King interview. Bobcat started the interview with King about Bonds being convicted on the obstruction charge (Peter said Bonds skating on the perjury charges was worse than OJ getting off) before they talked football. By the end of the segment, which was also the end of the show, so they had no time to follow up, PTS already had an email from legal analyst, Rob Becker, who said he expects Bonds to do up to 22 months in prison.

I almost turned off the show when I heard Naylor, he is my least favorite TSN personality, and again I thought he brought the show down.

But I am glad I did stayed, I really liked Cybulski. It was way better than I thought it would be from his TV work. I only listened for the first hour an a half (sorry PTI always comes first and than got distracted by the Jays game) but from what I heard is a very good energy that I haven’t heard since the Brady days of 640.

I thought his sports stars pre-taped interview was really well done. I like that segment where he and his co-host (no help form Naylor) debate questions from the producer (Wheeler) who than decides who the winner is (reminds me of Around the Horn/PTI) Cybulski comes off really fresh and a alternative to what you hear from PTS. Not always going to be better, but I like that it seems different.

I am concerend about “the company”. Naylor on his first day already went with the “I’m not really into that sport” then I say Get the bleep off a general sportsradio show. Again I don’t expect everybody to like/be into each sports equally, but on your first day your proudly claim your ignorance, then get out of the chair. I got a feeling too many TSN people are like that. But I am looking forward to a guy like Arthur taking the spot cause I think that can be good.