Why Oh Goddard Why 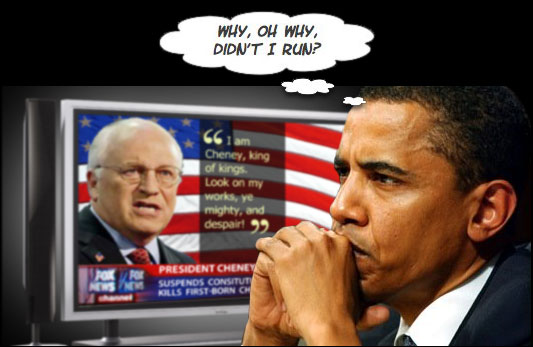 Let me say once again that the one thing I take great pride in is that you the readers, the contributors actually respect each other in the comments section. I don’t expect everyone to agree, but I have only blocked one comment since the site started. With that in mind…..

The issue of gay marriage is all the rage in the hockey world these days. Instead of talking about the economic state of the Thrashers and Coyotes were talking about Damien Goddard and Todd Reynolds! Who knew there were actually games going on.

For purposes of this post, I don’t really care what anyone thinks about the issue of gay marriage. it is, for these purposes irrelevant. So please, if you are going to comment on this issue, whether pro, anti or neutral please remain silent.

For those who don’t know, Sean Avery who has never been known to be the politically correct type has taken up the fight of the pro gay marriage issue. To be honest, I was quite surprised by just how little was being said about Avery’s position. It is a sensitive issue, I get that, however that hasn’t scared people off in the past.

Well, the one area I didn’t expect to hear commentary is from the agency world. Team Reynolds decided that it was going to speak out, with son Todd tweeting “Very sad to read Sean Avery’s misguided support of same-gender ‘marriage.’ Legal or not, it will always be wrong.” amongst other things, including defending the position on TSN radio and in further tweets.

What a strange thing for an agent to tweet I thought. Agents who are in the sales business, in a very competitive field don’t usually come out and make brash comments like that. Again, I am not debating the gay marriage issue, and Todd Reynolds has the right to his opinion and to voice it as much as anyone else, it’s just rather odd.

Having said that, Reynolds works with his dad, it’s a private business and they can deal with whatever repercussions may follow (if any) on their own.

Reynolds, for what it’s worth, we’re told got a response from other agents. Not only that he was certainly the talk of twitter and many media outlets over the last day or so.

Rogers Sportsnet’s very own Damian Goddard decided to throw Reynolds a life ring on his own personal twitter:

“I completely and whole-heartedly support Todd Reynolds and his support for the traditional and TRUE meaning of marriage.”

That certainly got the ball rolling.

I didn’t hear all of Mccown’s discussion, and I don’t know if he discussed his colleague Goddard’s comments, but I did hear him say something along the lines of only a complete idiot would publish something like that on twitter. I can’t imagine that Mccown’s opinion would change after Goddard’s tweet.

Again, Mccown wasn’t talking about the actual issue, rather the actions on those choosing to editorialize.

I had talked to several MSMers tonight, none of which would allow me to use their names, but universally they were quite surprised by Goddard’s original tweet. “We all know that when we speak publicly we represent those who sign our paychecks, we’re constantly reminded of that” was how one reporter put it. The others echoed that sentiment. The most common rhetorical question I heard was, “why even go there?”

So of course Sportsnet has to issue the usual, we don’t believe that which our “talent” (pardon the use of the word) believes or expresses publicly.

“gonna spend some time with the wife now. to be clear, damian goddard’s tweets reflect the views of damian goddard. peace, folks!”

Clearly, in my opinion anyways not the sharpest knife in the drawer.

Personally, I don’t care what Damien Goddard thinks about this or any other issue of real significance. Same with Toddy Reynolds. I am sure they could careless about my opinion either. They’re fully entitled to their opinion. I guess I just don’t understand the need to stick your neck out there to get it slapped or cut off. Reynolds at least was smart enough to do it while in his own business. Goddard may have used his own twitter account but it lists Sportsnet as his employee and has a photo of him at work. The implication certainly is that the views expressed on the site are those of a Sportsnet employee. Goddard hasn’t removed them or edited his discription so as I see the comments they are coming from a Rogers Sportsnet employee.

Bruce Arthur hit the nail on the head “One notoriously unwise member of the broadcast media threw his lot in with Todd Reynolds on Tuesday.”

Reynolds and Goddard aren’t alone out there. There are a ton of people who share their views. They are all entitled to them and allowed to share them as well. I am sure there are those who view Reynolds and Goddard as being courageous for fighting the unpopular fight, for being brave enough to say exactly how they feel. That’s not my opinion. I guess I just don’t get why even bother going there at all. Reynolds is a hockey agent. Athletes will or won’t hire him based upon their belief in his ability to represent them. Goddard is a sports journalist. Yes, unfortunately some times sports meets real world. How every journalist deals with those times is up to them. I don’t get why he chose this way.