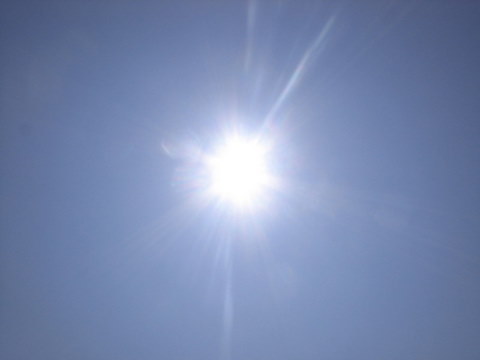 On 640 with Jim Ralph and Bill Watters thanks to Mike S.:

Now that it has been on the air over a month, here are some random thoughts about the 1050 drive home show:

– Gareth Wheeler is extremely hard to listen to

– Bruce Arthur has been an excellent co-host, the other regular co-hosts (Feschuk, Naylor, McCormick, etc) have been OK but not great

– overall I would say it is a good show that can be very good depending on who is co-hosting that day and who the guests are that day. As many people have said, it’s nice to have an alternative to McCown (and Wilbur, I suppose)

– Gareth Wheeler is extremely hard to listen to

i have only been listening to their podcasts for a week, but i have to agree on both points.

– the contrast between the professionalism of Cybulski and Hayes is particularly notable. The latter just conducts his interviews with a minimal amount of additional interjections or stylizations. This would be a better road to go for Cybulski, in my opinion. I wonder if Hayes will eventually make his way into drive time.

– Wheeler seems like a nice guy, but his voice and delivery detract rather than add to the interviews i have heard.

On another note, the TSN app is excellent, with the exception that streaming audio should not require you to leave the app. It’s hard to believe the FAN has not come out with their own dedicated app yet, especially given Rogers’ head-start in this area.

I think those are pretty fair assessments.

I agree Cybulski gets excellent guests.

But, I agree, his ‘forced hipness’ is kind of painful to listen to (in my opinion). I don’t think he has his on air persona fleshed out yet.

Overall, I find it OK, but I don’t really feel compelled to listen. I only have tuned in if I’m in the car and McCowns on commercial or in a boring topic. I’d definitely listen to it over Krystal, but I definitely prefer Brady/Lang, Blair or McCown to it.

Having said all that – I prefer it to the Watters Show (except when Brady was cohost). I don’t see him seriously challenging McCown, but if he finds his groove, maybe he can work as a solid second option.

I’m actually very happy with his style. I think TSN went in wanting to make it a different experience. They wanted to provide the listener a different radio experience compared to all the other ‘hosts’ out there.

Also, I think the idea schedule would be to steak McCown put him in the drive home show, then shift Cybulski back to take on Krystal.

I recommend the “TuneIn Radio” app. Use it on my iPhone and iPad. Great selection of sports radio streams including the Fan and the TSN radio. At home I stream via AirPlay from my iPad to my Airport Express to my stereo. Never listen to the radio anymore.

Did anyone catch Colangelo’s dig at McCown about the Presidential Summit. He said he’d come back for the next one, but told McCown to ask tougher questions. He then kind of laughed, but McCown didn’t really say much.

Good discussion, I agree with some and disagree with some stuff you are saying. I also thinki it’s a mix bag, but I am glad that there is an alternative out there. A thing I do disagree with is the daily “TSN experts”, I can see after a while it can get a big repetitive, the show is still new so it’s not there yet.

I really like Cybulski, I think it was smart to try to get somebody totally different than McCown. I like his interviews and his persona, listening to him you feel it’s something very different than PTS. Some might really like McCown and therefore hate this, but I don’t dislike McCown style but it gotten a bit tired, this really brings a different energry to it.

As for his co-hosts, it goes from excellent in Arthur, to pretty good in Feschuk, to just awful in Naylor & now McCormick (seriously what the H? WHY?) Grange is still the biggest free agent out there I think, he should be co-hosting somewhere. If TSNradio gets him you would have co-hosts of Damo & Brunt on PTS and Arthur & Grange on C&C. That would be very strong.

A thing that I like but ending turns out lame is the debate questions of the day. I like the concept, but the payoff has to be better. Example, hosts get half a dozen questions & take turns answering, the last question was Wrigley or Fenway. A host gave their reason for Fenway, the other guy gave IMO a stronger reason for Wrigley. Wheeler decidees who wins, Wheeler ignores the previous handful of questions & says “I’m a Sox fan, so Fenway wins”. Huh? What is the point of having this debate? Wheeler should reward wit, unique, smarter answers not his personal fav. 610 Knockout show (same concept for news stories) does it the best, producer awards the winner but we have no idea his personal views, he awards the winner on who makes a better argument