Atlanta Thrashers Move To Winnipeg, Not The Finest Hour 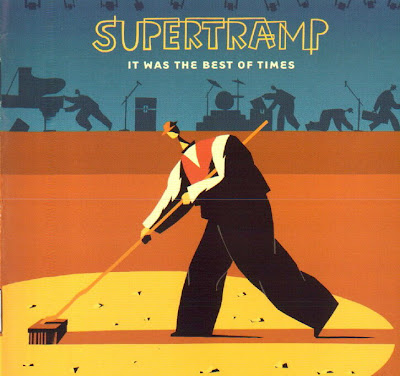 Stephen Brunt broke the news last night that the deal that would send the Atlanta Thrashers to Winnipeg is complete.

To borrow a famous line, It was the best of times, it was the worst of times.

No matter what you think of their work in print, on air or elsewhere there is no arguing that there are a select number of MSMers in Toronto that have the gold standard reputation. That is, when they write or say something you take it to be truth. In my opinion, Stephen Brunt, Steve Simmons, Bob Mckenzie and Damien Cox. Each has been around long enough to have earned a reputation as tellers of truth when it comes to factual reporting. If any of those guys writes a story about an event that has happened or will about to happen, we accept it as fact. You don’t see numbers next to their stories. They don’t go with a story absent iron clad sources. Simply put, they don’t subscribe to the theory that if you throw enough material at the wall some of it may stick.

That’s not to say there aren’t other trustworthy MSMers out there. That’s not to say that these guys are always right, or that I agree with their opinions. It’s just that when they are the ones breaking the story you just know it’s true. (Don’t start on the Pat Burns issue with Cox either….)

So when Stephen Brunt writes that the deal that would see the Atlanta Thrashers sold to a group from Winnipeg is done and that an announcement is planned for Tuesday, I just take it to be the truth. Personally, I don’t need any secondary confirmation. Whenever I browse to a website and see a headline of a story that interests me the first thing I do is check the author. There are certain writers you trust and then there are others. Brunt is in the trustworthy group.

Unfortunately, the rush to get the story first has become so fierce that the market response is both predictable and yet sad. Other media outlets were pretty quick to pounce and denounce the Brunt story. I am sure you all recall the infamous Nick Kypreos tweet about “those f’ers from TSN“.

Nowhere was this more prevalent than on Twitter. Tons of MSMers saying that there sources were saying “no deal has been reached”. Others opined that it was a risky story for Brunt and Globe and Mail, he looks like a genius if it comes to fruition and if it doesn’t…. It was so fast, so furious that I forgot there was actually a playoff game going on. TSN must have shown Bettman’s mug at the game 5 times (kind of ironic given the fact that the network took the stance that the story wasn’t accurate).

The response later in the night from Mckenzie and Dreger was more correct. Each of them basically saying that all they can go on is the information their sources are providing them; that is that as of this time there is no deal in place. Think about it though. What else are the supposed to say? Do you want them to say it’s true when their sources, whom they trust aren’t telling them that? I don’t want Mckenzie saying the Brunt story is true if the people Bob trusts say it isn’t. Perhaps in an ideal world they could have tipped their hat to Brunt. Maybe they could have said, our sources aren’t telling us that, but given the reputation of the reporter who wrote the story…. How realistic is that though?

Simmons, ironically put it best on Twitter. He basically asked what one is to believe when the pillars of trust are in conflict, here Brunt and Mckenzie/Dreger. In the end the TSN guys weren’t necessarily disagreeing with Brunt, rather simply saying that there sources were telling them otherwise.

The Globe to it’s credit ran articles stating all the denials from all the parties involved. However, as Mccown said when he was bashed for breaking the bond story, “just because they deny something, doesn’t make it true”. We have learned from past experience that Bettman Inc. subscribes to the J.P. Ricciardi truth policy. Ask yourself this, if Brunt is correct and the deal is going to be announced Tuesday what exactly are the parties going to say? If it’s not going to be offical until Tuesday no one is going to go on record and admit it now. Bettman isn’t going to look into a camera and say, you got me! It’s not going to happen.

I love all the comments that Brunt writes for the Globe and Mail which happens to be owned by the same guys who are going to end up owning the franchise should it end up in Winnipeg ergo Brunt must be right. In other words, Brunt has inside sources. The flip side to that could be that the TSN is a big partner of the NHL and well, they couldn’t break a story to upset that partnership.

The interesting part of Brunt’s story is that the NHL conditionally approved the relocation of the Thrashers to Winnipeg long ago. If a sale could be negotiated between the Thrashers ownership group and the Winnipeg interests then the league would bless the deal. There have been rumblings about this for some time, but no clear external indicators. From all accounts, the sale of the Thrashers to anyone in Atlanta wasn’t possible. I was told that no one with any business sense would consider such a transaction. There have been rumors around for weeks that the current management team of the Thrashers including GM Rick Dudley won’t be making the trip north. Numerous parties have told me that the NHL was prepared to pull the plug on the Coyotes but wanted to give the city one last shot at keeping them by renewing the $25m payout. I am told that few if anyone ever expected Glendale to actually agree to a renewal. Late last week, Greg Brady tweeted that an unnamed Atlanta Thrasher player told him that he had been advised to prepare for a move. Brady was instantly lambasted on twitter for spreading untruths. ( quick note- Brady and Lang are interviewing Bryan Little of the Atlanta Thrashers tomorrow am. I contacted Brady to see if Little was the player that told him of the pending move and Brady insisted that it wasn’t.) Doesn’t seem to be so far fetched today now does it? All of that percolating in the background then, all making so much sense now.

As you know I love Twitter. I love the instant news element of Al Gore’s internet. I just wish that the constant battle to be first took a back seat to being accurate. I wish that others weren’t so quick to bash others when they don’t break the story. Perhaps I wish for the ideal too often.

We shall where this is headed in the next couple of days. I’m putting my money on Brunt being right on the Atlanta Thrashers move to Winnipeg.

BTW- many of you asked about an interview on the Fan morning show on Wednesday with Dan Murphy. The subject was supposed to be the Canucks game the night before vs. the San Jose Sharks. However, Murphy was talking about a game between the Canucks and the Chicago Blackhawks. Was Murphy drunk? Stuck in a time warp? No, it seems that those segments with west coast reporters which air early on the east coast are taped. That’s usually not a problem when the right interview is played 🙂