Did Darren Millard and Doug MacLean Go At It? 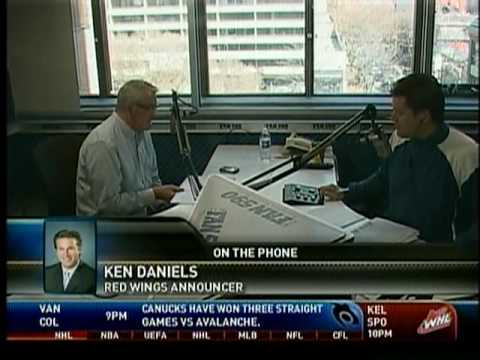 Certainly seems like the old adage of things happening in threes is holding true with regards to Rogers Sportsnet. First there was the Damian Goddard tweet. Then there was the Stephen Brunt “done deal” declaration and now I am told that Darren Millard and Doug MacLean had it out on set at the Memorial Cup this past weekend.

Multiple sources tell me that it wasn’t a great weekend for Doug MacLean. The first night I am told he was extremely frustrated with technical difficulties Sportsnet was having with microphones. Things didn’t improve for MacLean. It seems that Richie Rich must be feeling the effects of not having an NHL paycheck having given up his newspaper and cable subscriptions. How else could anyone who lives in the GTA not know that the Gardner expressway was closed this weekend? Richie apparently showed up late for the opening piece of the next broadcast having been stuck in traffic. Not only was he late, but he also left his voice at home.

Darren Millard who I am told is good friends with MacLean started needling MacLean and Richie Rich snapped. Lots of yelling ensued, none of this took place on camera however the set is close enough to the general public that many of you heard it and were kind enough to write in details to me. The highlight I am told was after hearing enough from the hoarse MacLean, Millard started yelling at MacLean to “TAKE A WALK” enough times so that people in the general vicinity thought that perhaps Millard was yelling at them.

How it ended, where it goes from here is somewhat debatable. Rich Rich wasn’t on the air last night, the audience was told that he had lost his voice. I am told that this whole thing was alluded to on hockey central at noon today. I didn’t get a chance to hear that but will try to listen in later.

It will be interesting to see how this plays out down the road. I don’t think anyone is any type of imminent danger, but one never knows what may come of episodes like this.

From now on we will refer to Millard as Take a Way.

Back to your holiday Monday!

BTW- Those of you looking for a good perspective on Jose Bautista’s accomplishments should read this article from SI.com:

“For someone to be a non-entity through six seasons and 2,000 plate appearances, then become the most dangerous hitter in baseball? We have no precedent for that, which is why I spent the winter — from November in Phoenix to March in print — insisting that he couldn’t repeat his ’10 season. This is watching Babe Ruth throw a shutout in 1918 and knowing he’d become the all-time leading home-run hitter, or watching the Boston Braves get swept in a July 4 doubleheader and seeing the 1914 world championship team forming. Jose Bautista couldn’t have gotten arrested two years ago, and now he’s the biggest story in baseball. Forget analysis, breakdowns, your favorite team, your fantasy team, who said what about whom back in January. When Jose Bautista comes to the plate, people stop and they watch. He’s making the 2011 season for baseball fans.”