One Year Anniversary Since Fan 590 Blow Up 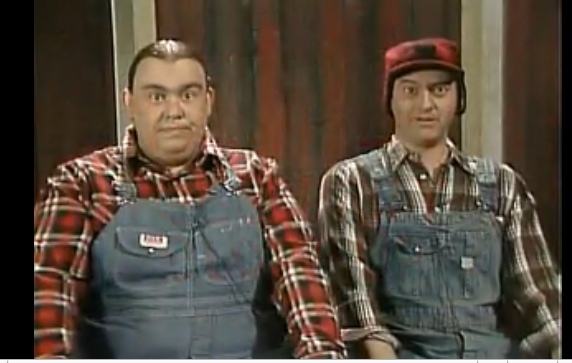 Someone said to me yesterday that when you are kid time seems to pass so slowly. The time in between major events, like birthdays crawls by when you are young. Now that we are old (er) time just seems to fly.

It’s hard to believe that it’s been a year since Don Kollins through the proverbial bomb into the Fan 590 studios, cleaning house and blowing things up real good. It was a year ago that I drove my family to Detroit, for what I can’t really remember ( I am ironically doing it again today too) when I received a call back from Don Kollins to talk about the changes and yes it’s been a year since McCown discussed these changes at the start of his show.

Time has certainly flown by hasn’t it.

On this day last year, Don Landry, Gord Stellick, Mike Hogan, Brian Angus and Rick Ralph all were relieved of their duties. The new Fan linuep was to look something like this:

Kind of makes you laugh when you see that doesn’t it?

No morning guy was ever really found. The summer was a write off and Krystal moved into mornings. Jeff Blair was brought in on a full time basis and Krystal pushed into mornings. Brady stayed where he was. Right? Wrong. Krystal bombed in mornings and swapped with Brady (but for the hockey gig). Prime time went back to it’s original time slot. Jim Lang was added to the morning show, oh, and Stellick was brought back in a limited role and Howard Berger was let go too. Also, Arthur moved over to TSN, Grange and Cox officially joined team Sportsnet.

It’s just about enough change to keep a website busy wouldn’t you say?

What does Don Kollins have to say about it, one year later?

“All in all very pleased on several fronts. Brady, Lang and Jeff Blair have brought new listeners and great ratings. Damien Cox and Michael Grange have been great additions to Prime Time Sports. Adjusted programming clocks, new formatics, joining forces with Sportsnet and going live 24-7 have all made the station a lot better. We have a great team that is passionate about sports, making great radio and having a good time. The best is yet to come.”

It’s funny what strange thing perspective is. As the calendar winds down on another year here at TSM and year number 3 is about to begin I have learned one thing; people in this market are serious about their sports radio. Unlike any other topic I write about, sports radio is numero uno.

Consider if you will that staring in October of 2009, the Globe and Mail has lost 3 three key sports writers, Tim Wharnsby, David Naylor and Michael Grange, their sports editor Steve McCalister went to Yahoo! and really not much is ever said about all those changes. The Globe is Canada’s paper and it has seen significant turnover in terms of talent leaving and really not so much as a whimper. Conversely, If a news person is changed at the Fan it’s big time news.

My take on all the changes? I think in a lot of respects changes were over due at the fan. Some worked (blair and brady/lang) and some didn’t (pts time change and krystal). I don’t think anyone, least of all Kollins promised perfection. A ton has happened this last year or so. We know have 2 all sports radio stations, say what you want about TSN, it’s a good alternative when you aren’t into what the Fan is talking about. I hope management there has patience to see it through.

I’d like to think there will be less changes at the Fan over the next 12 months, but that wouldn’t be good for business now would it?

I have a story coming up on more potential changes in this market later today.