Is Rogers Closing In On A MLSE Purchase 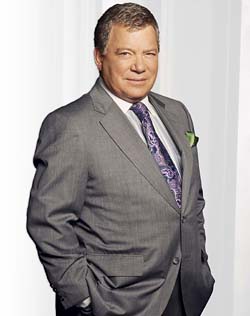 Quick hit here. I am hearing from a few dependable sources that things may be inching closer to a sale of the Ontario Teacher’s Pension Fund’s shares of Maple Leaf Sports and Entertainment. One source told me that they have heard Rogers has made a significant offer for Teachers shares. Another said that if a formal offer has not been formalized the parties are in agreement as to what the offer would be.

Is a sale days away? Weeks? I am not sure. However it is the loudest noise I have heard in a long time with multiple sources all singing the same sort of tune.

Stand by for more information.

If this is true and dose go throught , TSM is usually bang on this will definetly change the broadcast land scape in a major way… Peley was brought on board with sole purpose to see this deal gets done I believe…CBC and more TSN will see Roger take way more hockey properties and others way from them…I always thought Rogers were the front runners to take control of MLSE..Bell/ TSN must be shaking their heads now…but time will only tell..

Well all Leaf fans should be worried, if Rogers runs the Leafs as well as they have run the BlueJays they will be highly profitable with success always looming ahead but never arriving.

Gerry – That sounds exactly like the current owners so I guess not much will change.

Dave from the suburbs

Echo MrAl……so everything remains the same!

I have to say I am a much bigger fan of MLSE, with all their faults as ownership they are better than the alternative.

I think we forget the Leafs had a high payroll and did pretty well going somewhat deep in the playoffs before the salery cap.

Even though TFC has had a horrible win/loss and never made the playoffs, at least MLSE put natural grass at BMO, something the Jays still haven’t done and very soon will be the only team in the MLB after the Rays go to their new stadium to be playing on the plastic stuff.

As poor as MLSE are in making a winning team, I think they care and do sports better than what the owners of the Jays do. But I am sure they will pay to the cap with their news teams once it’s “the right time to go for it” (yes sarcasm)

Rogers being the suitor is mildly interesting….or even Bell for that matter. We all understood that there were few players that could afford a transaction of this size. What will be very interesting is what happens with TD’s shares and even more interesting, what does Larry Tanenbaum (the other LT) do?

i’m in the ABR (Anyone But Rogers) camp. Having one corporation own the three major sports teams + all the venues + a sports radio station + a sports cable network would be a disaster in terms of competition for consumer dollars.

can you imagine having how much crap they are going to bundle together? Want to watch the Jays? Gotta buy LeafsTV and Raptors TV, and the newly launched Sportsnet Ocho. Want TFC tickets? Have to buy Jays/Orioles tickets too, and several seats to the monster truck show at the ACC.

save us Larry Tanenbaum!

@Rome, As I always ask, Why the hell are all you Leafs Fans so in love with the Salary Cap? Money is the only advantage you have.

Update on the progress of MLSE sale

[…] is another update: Is Rogers Closing In On A MLSE Purchase | Toronto Sports Media Blog […]

i give up!i will direct deposit my pay cheque to ROGERS.they are the evil empire!!!!

What will be very interesting is what happens with TD’s shares and even more interesting, what does Larry Tanenbaum (the other LT) do?
– – – – –

As for Tanenbaum, there have been conflicting reports of whether the new owners can force him to sell or not. If they can’t, I assume he holds on to his shares but gets removed from being chairman. Like all minority shareholders he would then basically be a silent partner.

There have also been conflicting reports on whether he has the first rights or not, but even if he does, I doubt he can come up with the money.

I can’t see anybody else buying this. The earnings multiple is probably delusional so that means other pensions and investment funds and the like won’t step up.

It would be pretty hard to put together a group of owners. Say a group of 10-20 guys who would be interested and could afford MLSE, they would most likely be Type A’s who aren’t going to sit back and be silent partners (as it probably doesn’t make much sense as a pure investment) so it probably would be a recipe for disaster.