The End Of The Score Radio? 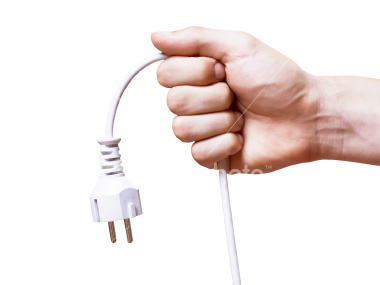 Before I get me some shuteye… Here is what multiple sources are telling me this morning:

Sirius has apparently decided to pull the plug on the Score radio. With XM and Sirius about to be one in Canada, the folks at Sirius have decided that there is no need to keep the Score radio around.

This news I am told is HOT off the presses and in fact many employees over at the Score aren’t aware that this is about to happen. Keep your eyes and ears tuned as this should break soon.

More as I hear it.

By the way, I am back on an iPhone. Tell me the top 5 apps I must download.

[…] finally Toronto Sports Media is reporting that theScore Radio will be shutdown with the merger of Sirius and XM in Canada. Breaking news, expect more […]

Mike on the go train

Never listened to it, don’t care…

i’ve never actually listened to the Score radio live. could someone in the know break this down:

– what shows other than Tim&Sid will this affect?
– what is the Score radio’s current presence. do they actually have advertisers?
– any shows likely to be picked up by TSN or the FAN

what shows other than Tim&Sid will this affect?

They have a morning show (The Morning Jones with ESPN contributor Bomani Jones) as well as shows hosted by Puck Daddy from Yahoo Sports, Mauro Ranallo on the combat sports beat, and a lot of betting shows in the evening (red heat and the Vegas Line) Norm Rumack also does an late night show as well.

what is the Score radio’s current presence. do they actually have advertisers?

There is some advertisers but they are kind of low rent. (off label Viagra and things like that) Every once in a while they get some movie tie in stuff

Part of the deal with the guys of the score is the way those shows are done. Tim and sid could fit in on FAN or TSN, but they could not do the same kind of show, some with Bomani Jones (Who does his show out of North Carolina every day, so TSN/FAN not in his future)

Love Sid and Tim, but frankly Bomani Jones and Renello are impossible to listen to. Just awful.

NOTES: More on NBC Sports Network, MacT Gets A Job & The End of Puck Daddy Radio? « The Paranoid Puck

I don’t know if Tim would leave theScore. He seems like he’d be the last guy to jump off the boat before it goes under. I do wonder what he will do know aside from Court Surfing though.

They do a noon Footy Show on weekdays too. I enjoy listening to that online every once in a while. I don’t know if anyone would lose a job if it is cut because they are all Footy Show on-air talent/producers, but some may have hours cut back.

I listened to Tim & Sid once (they had an interview with Bob Cole, which I had to listen to), otherwise I’ve never heard their show. I used to enjoy The Score Tonight back in the day though.

As of Sept 1st theScore Radio will be no longer. Thanks for your support. Most content will continue to live on via TV, web or mobile.

Tim and Sid both need to leave The Score.
They are great hosts, and IMO are being wasted at The Score. Both of them would be excellent morning hosts. Hint Hint.

Tim and Sid:Uncut will continuing on the website and in podcast form

Red Heat with Cam Stewart is ending as well and it sounds like most of the gang has been let go. Beginning to sound like anyone who works on the TV side is staying around but the general radio staff is being let go.

I’m not in the least bit suprised by the news. I’m guessing the tv side will not be far behind as there isnt much reason to tune in. They have been a sinking ship for months. with wrestling 12 hours a week then that good awful aftermath show, eastbound and down is a sorry excuse for a show. cam stewart is a degenarate gambling loser. That blonde chick is fun to look at as long as she doesnt talk. And I have noticed they stopped promoting there new find the new broadcaster show.

Kind of sad really, I just got into listening to the score radio the past month or so, I really enjoyed the Red Heat show where they actually talked about things that are relevant to you normal people…..I went on the score site today to stream the radio programs, and saw that the option was gone….that lead me to this, and the real news.

show went down hill when mo got the boot sucs!!!

The Score Satellite Radio Is Going Off The Air - TVNewser

[…] to Toronto Sports Media, Sirius decided to pull the plug on the station due to the recent merger with XM Radio […]