Rogers Sportsnet Rag, Will You Buy It? 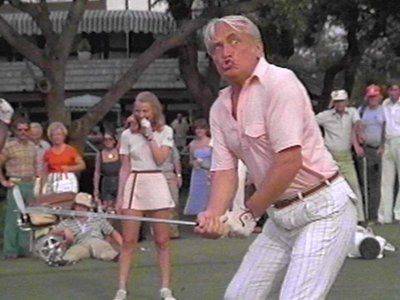 I have to admit, I don’t miss the physical newspapers that used to greet me every morning when I opened my front door. With the exception of one magazine that I have 2 years left on a subscription, I no longer get any physical magazine either.

I was a subscriber of the Hockey News for years too. I gave it up because it was too expensive and at the time, it was outdated. The internet was coming fast and furious and the weekly updates that I had loved in the paper were outdated by the time I read them.

The point is, this is an odd time to be releasing a magazine. Notwithstanding the technology part of the issue, is there a market for a sport publication in Canada at all?

Personally, I can say with full confidence that the odd of me paying for the publication are zero. I really don’t believe in paying for content these days. If it is consumable for free, then I will try it out. I am not however predicting success for the magazine.

I wanted to provide you with some quotes from Dowbiggin’s column in the globe, which I thought was really well written, however it’s not searchable on their awesome website.

Here’s my two cents on the magazine. I don’t get it. In my opinion we don’t have a winning sports portal in Canada. The closest thing to it is Yahoo! TSN and sportsnet’s website suck. Sorry folks. Your websites blow. I don’t turn to them for, well, anything. They aren’t user friendly, they aren’t innovative, they just aren’t any good. I am not just saying this because I am one, but the bloggers blow the big boys out of the water with their websites. The best thing going in digital in this town is the Score’s mobile app. After that….

So, Rogers has amassed an impressive (to some) lineup of writers and talking heads. Why not put that to better use, say f’ it to print and create the best damn sports portal in Canada? The sportsnet website is BRUTAL. As I look at right now, there isn’t one thing that catches my eye that makes me want to click on anything. Ditto for TSN. The site is boring, and lacks any creativity or innovation.

The yahoo site isn’t exaclty filled with ingenuity either, but at least it’s crisp and clean.

The Cbc sports website is vanilla as the day is long, and it looks like it was done on wordpress.

So, again, if it were me and my money, I would shut down the printing press, hire the most innovative and creative people I could and create the uber sports portal.

I like reading all the Toronto dailies online. They each bring unique perspectives in the various fields called “news”. Obviously there are good and not so much in each paper. For every Christie Blatchford there’s a Rosie. I have to wonder out loud though how the Toronto Sun, which many feel is the best for sports in town, puts an article (any article) written by Bill Lankhoff on it’s homepage. I don’t know Bill personally, but wow, really, is that the best the Sun can do?