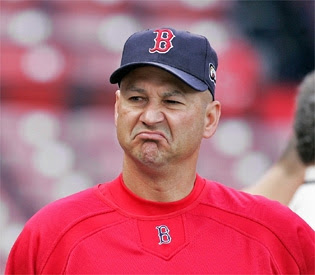 Francona no longer manager of the Red Sox. I guess he blew two of the last three saves!

Will Terry Francona be fired or will there be a mutual parting of the ways, ALDS & NLDS predictions, is Brendan Shanahan going to abolish fighting in the NHL and is Kobe Bryant putting his career on the line by playing in Italy!
Join Clint ‘Bubba’ O’Neil & Mark Hebscher, tonight at 7 on CHCH.